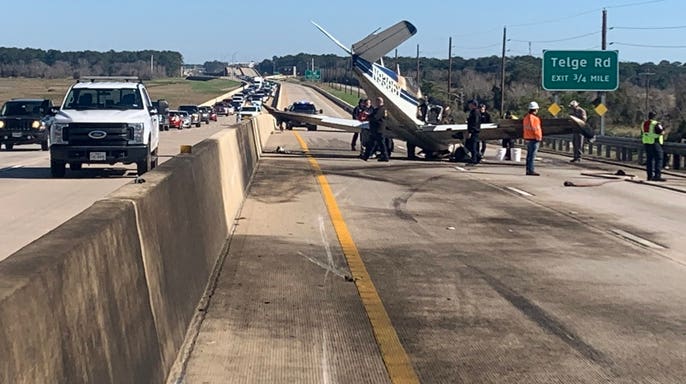 A small airplane crashed on a highway northwest of Houston and caught fire on the morning, according to Texas Department of Public Safety officials.
No injuries were immediately reported, and it’s unclear how many passengers were on the plane.
The plane crashed around 11:30 a.m. in the northbound lanes of SH-99 in northwest Harris County.
Video obtained by Fox 26 Houston appears to show smoke billowing out of the cockpit and one of the wings on fire
The plane is a five-seater, single-engine aircraft manufactured in 1960, according to flight tracker FlightAware

3 dead, including gunman, after home invasion in Wisconsin