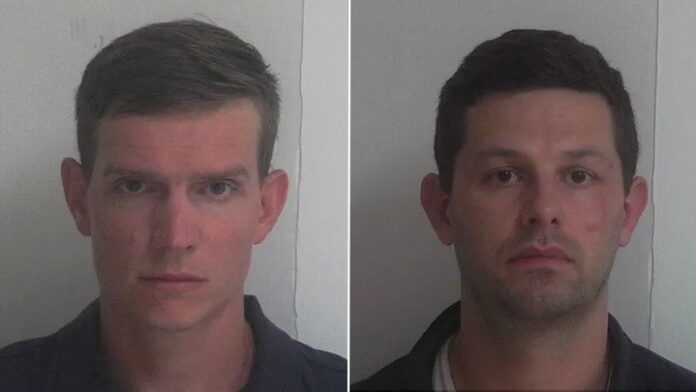 A Georgia couple is being accused of sexually abusing their adopted children and using them to produce “homemade” child pornography, prosecutors allege, according to a new report.

Zachary Zulock and William Zulock were arrested in Oxford, Georgia after police raided their home and found video evidence that they were “engaging in sexually abusive acts” with the adopted children.

The couple is now facing a grand jury indictment under charges of felony sexual exploitation of children, aggravated child molestation, felony prostitution of a minor, aggravated sodomy, and incest, amounting to possibly nine life sentences, according to court documents obtained by Townhall.

Both men have pleaded not guilty. Their attorney did not immediately respond to Fox News Digital.

The documents state that Zulock’s sexual abuse of the children dates back to potentially 2019. According to the report, the boys were adopted in November 2018 when the couple went through a now-shut down Christian adoption agency focusing on special-needs children in Watkinsville, Georgia, called All God’s Children, Inc.

William Zulock allegedly admitted to forcing the couple’s 11-year-old adopted son to “perform an act of sodomy – oral capitulation” with the “intent to satisfy his own..sexual desire,” police wrote in an affidavit obtained by Townhall.

In a press release posted to Facebook when the couple was first arrested, police said that they were tipped off after a Georgia Bureau of Investigation detective received information about someone who “may have been downloading child sexual abuse material.” After an investigation and interview with the suspect, police found that there was a secondary suspect who “was producing homemade child sexual abuse material with at least one adopted child who lived in the home with the perpetrator.”

Another affidavit states that Zachary Zulock filmed his husband, William Zulock, performing acts of sexual abuse on the child. Zachary is accused of also being “engaged in sexually abusive acts” on the boy as well, the affidavit states.

Zachary allegedly told police in a recorded interview that the “routine” sexual abuse of their children was sent to “less than a dozen people.”

The men were also charged with soliciting two other men through social media to “perform an act of prostitution” on one of their children, the court documents state, adding that Hunter Clay Lawless, 27, and Luis Armando Vizcarro-Sanchez, 25, were both part of the prostitution ring.

Lawless told police that he received “numerous” Snapchat messages from Zachary which allegedly said “f–king [his] son tonight,” telling him to “be prepared” to get images and “video documentation” of the sexual abuse, court documents state, adding that the men met on the gay hookup app Grindr.

“I’m going to f–k my son tonight. Stand by,” Zachary messaged Lawless, according to prosecutors.

Lawless told police that he didn’t engage in sexual contact with the Zulock’s children but said that Zachary asked him to participate “multiple times.”

A folder titled “US” on Zachary’s phone was found by law enforcement and allegedly contained videos of his husband, William, participating in acts of sexual abuse on one of the children.

Included in the evidence collected by law enforcement are the 149 images, a text message from Lawless, a Snapchat letter, and Sexual Assault Nurse Examination results conducted on the children, court documents state.

Walmart is redesigning its stores

The suspect was killed in Oregon by police officers with a rifle in his...

A 59-year-old man is killed in the Murfreesboro crash