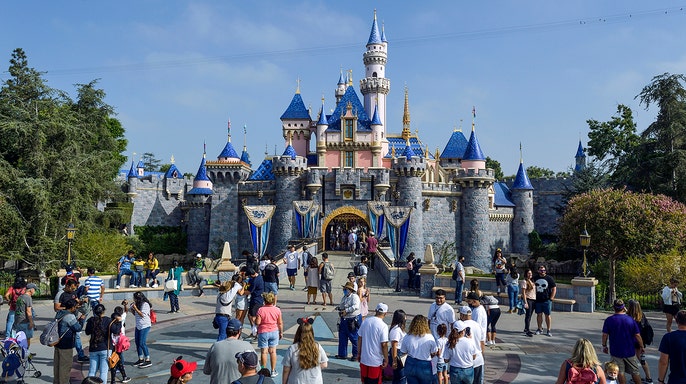 A man in his 50s reportedly jumped to his death from a Disneyland parking structure in California at night, according to reports.

The incident was reported to police around 9 pm local time, according to ABC 7. Eyewitnesses said the tram service was shut down as a result, and parkgoers had to walk back to their cars as police reported to the scene.

The Orange County Coroner’s Office also responded to the scene, police told the outlet.
Fox News Digital reached out to Disneyland for comment but did hear back in time for publication.
Anaheim police Public Information Officer Shane Carringer told Fox News Digital the coroner’s office collected the remains and will be conducting next of kin notification.

The incident comes on the same day as CEO Bob Iger’s visit to the theme park. Iger was seen accompanied by Disney Parks Chairmen Josh D’Amaro. Videos on Twitter show Disney guests clapping and cheering for the CEO, with several even speaking to Iger one-on-one.

Iger took over from former CEO Bob Chapek just last month, less than a year after retiring.
The Board has concluded that as Disney embarks on an increasingly complex period of industry transformation, Bob Iger is uniquely situated to lead the Company through this pivotal period,” board Chair Susan Arnold said in a statement.

Iger previously served as Disney’s CEO from 2005 to 2020 before stepping in as the company’s executive chairman through 2021.