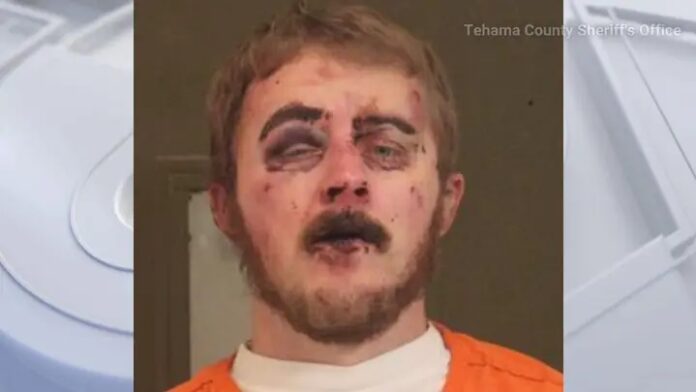 A California man was arrested at night after allegedly throwing a Molotov cocktail at police.

At approximately 5:40 p.m. on, officers with the Corning Police Department began investigating a loud banging noise that was coming from outside the police department on the 700 block of Fourth Street.

The suspect, later identified as 32-year-old Cassidy Russ, began “fumbling with an item near the front of his waistband,” the police department said in a press release. As the officers gave the suspect verbal commands, Russ lit a Molotov cocktail and threw it toward the police. The Molotov cocktail missed the officer and exploded near a parked vehicle.

A Molotov cocktail is a homemade bomb made from a bottle filled with gasoline and stuffed with a piece of cloth that is lit just before the bottle is thrown.

Police say that Russ was observed by an officer walking away from the police department following the deployment of the bomb and onto Solano Street.

Authorities say officers pursued Russ after observing him near the department. An off-duty officer tackled Russ on the 1300 block of Solano Street, but Russ continued to resist arrest by concealing his hands by his waistband and backpack.

According to the Corning Police Department, this wasn’t the first time Russ tossed a Molotov cocktail toward cops. Russ had an active arrest warrant for a previous incident in late July when he threw a Molotov cocktail near where the police department stages marked patrol cars.

Brittney Griner calls on White House to bring her, other Americans detained in Russia...

3 killed, 1 injured after 3-vehicle crash in Clinton County; alcohol believed to be...