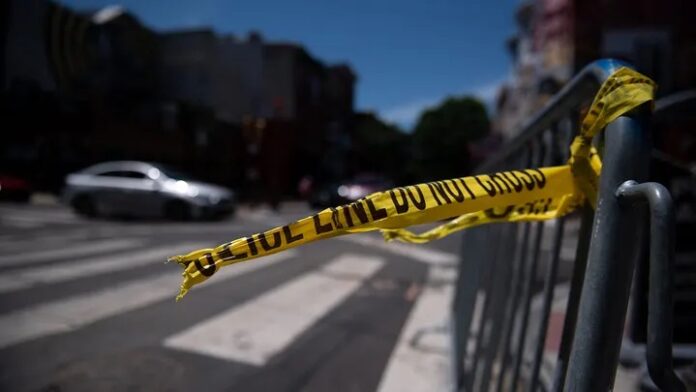 A Philadelphia woman was found decapitated in her home, according to reports.

Police said the scene was discovered just before 1 p.m., Fox station WTXF in Philadelphia reported, at a home on Magee Avenue.

The home was decorated with Christmas lights with inflatable characters and other festive props outside.

Police were tipped off to the situation after receiving a call for a domestic situation.

When they arrived, they found a 41-year-old white female, whose head was severed, on the kitchen floor.

EMS crews arrived on the scene and at 12:46 p.m., pronounced the woman dead.

Police said they arrested Ahmad Shareef, 34, just blocks away from the home.

Shareef was charged with murder and abuse of a corpse, and he is being held without bail.

Neighbors told WTXF that Shareef was known for bizarre and sometimes threatening behavior.

At least 10 dead in bombing at restaurant

KU Health official explains who may qualify as high risk to get Pfizer COVID-19...