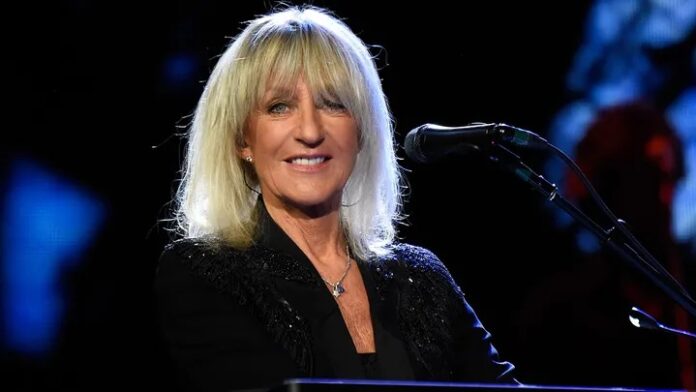 According to a statement shared on McVie’s official Instagram account, the musician passed away peacefully at the hospital while surrounded by family.

“On behalf of Christine McVie’s family, it is with a heavy heart we are informing you of Christine’s death,” the statement read.

“She passed away peacefully at the hospital this morning, November 30th, 2022, following a short illness.”

“She was in the company of her family. We kindly ask that you respect the family’s privacy at this extremely painful time, and we would like everyone to keep Christine in their hearts and remember the life of an incredible human being, and revered musician who was loved universally. RIP Christine McVie.”

Fleetwood Mac also shared a statement on McVie’s Instagram account. It read, “There are no words to describe our sadness at the passing of Christine McVie. She was truly one-of-a-kind, special, and talented beyond measure.”

“Individually and together, we cherished Christine deeply and are thankful for the amazing memories we have. She will be so very missed.”

The British-born vocalist, songwriter, and keyboard player was the creative force behind some of Fleetwood Mac’s biggest hits including “Everywhere,” “Little Lies,” “Say You Love Me,” “Songbird” and “Don’t Stop.”

McVie was a steady presence and personality in a band known for its frequent lineup changes and volatile personalities — notably fellow singer-songwriters Stevie Nicks and Lindsey Buckingham.

During its peak commercial years, from 1975-80, the band sold tens of millions of records and was an ongoing source of fascination for fans as it transformed personal battles into melodic, compelling songs.

McVie herself had been married to bassist John McVie, and their breakup — along with the split of Nicks and Buckingham — was famously documented on the 1977 release “Rumours,” among the bestselling albums of all time.

Fleetwood Mac, co-founded by drummer Mick Fleetwood in 1967, was inducted into the Rock and Roll Hall of Fame in 1998.

The group’s many other hit singles included “Dreams,” “Go Your Own Way” and “Landslide.”

The Forge Steakhouse in Morton closes its doors