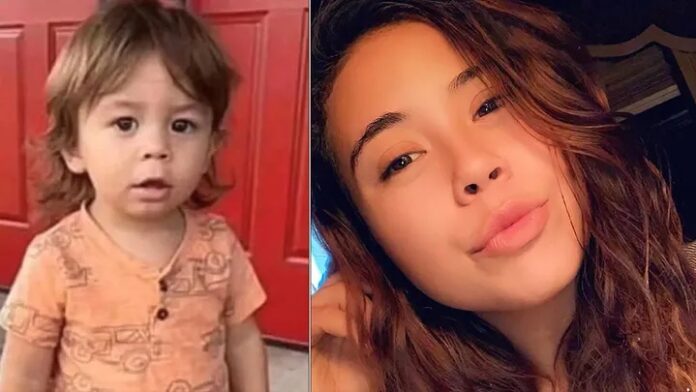 Simon reported Quinton missing on Oct. 5, 2022, and days later she was named the prime suspect in his disappearance and death.

“Since that time, millions of people have followed Quinton’s case and have been awaiting answers,” the police said in the statement. “We are deeply saddened by this case, but we are thankful that we are one step closer to justice for little Quinton.”

Simon is charged with murder, concealing the death of another and falsely reporting a crime, records show.

Chatham County Police Chief Jeff Hadley said at an Oct. 13 press conference that they believe Quinton’s remains were discarded in a “specific dumpster at a specific location” and taken by “regular means” to the Waste Management landfill.

The toddler’s babysitter, Diana McCarta, previously told Fox News Digital that she believes the child may have accidentally drowned in the family’s pool.

Investigators, including specialists with the FBI, spent weeks combing through the landfill in search of the little boy’s remains – a process that the police called “more grueling than anyone could have imagined.”

“They were having a great time, like they didn’t have a care in the world,” a server told the New York Post. “They were drinking Patrón shots in the deck area, being loud and laughing. It’s almost like they were trying to draw attention to themselves.”

Quinton was last seen inside the family’s Buckhalter Road home in Savannah, where he lived with his siblings, his mom, his mom’s boyfriend and his maternal grandparents, authorities said.

Simon called police at 9:40 a.m. and reported her son missing. Simon’s grandmother, Billie Jo Howell, had custody of little Quinton. Simon has two other children who were since placed in foster care.

4th Wisconsin voter out of 3 million charged with fraud

A man was arrested who tried to rape a 3-year-old girl in a Chicago...