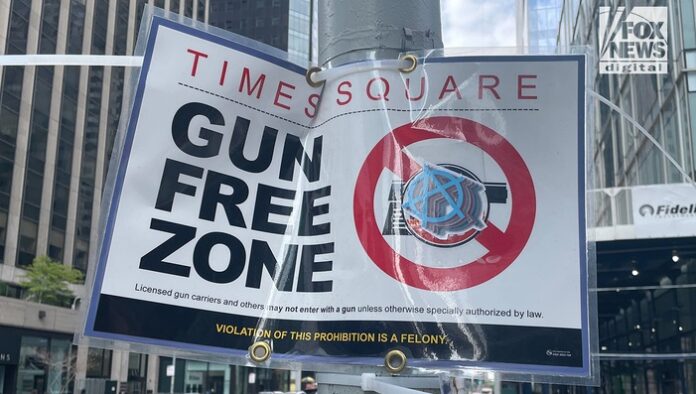 A federal judge temporarily blocked parts of New York state’s new gun law in order to allow the Gun Owners of America (GOA) to pursue a lawsuit challenging the legislation.

Chief Judge Glenn Suddaby of Northern District of New York state in Syracuse ruled that the GOA have a legitimate case for lawsuit against the new state law complicating the process to obtain a gun license.

The decision will not go into effect for three days to allow the New York government to appeal Suddaby’s ruling to a higher court.

The law requires that applicants for a permit complete 16 hours of classroom training, two hours of live-fire exercises and provide a list of social media accounts over the past three years as part of a “character and conduct” review.

Renewal or recertification of permits is required every three years.

Under the law, Times Square, along with parks, churches and theaters are just some “sensitive” places where guns will be off-limits.

Advocates note that the list of prohibited spaces will make it difficult for people with legal permits to move around in public, and those entering private businesses carrying guns could do so only with permission.

Last month, Suddaby dismissed a previous lawsuit from GOA on the grounds that the group had no standing to file lawsuit.

However, in his ruling, Suddaby had determined large portions of the law are unconstitutional, leaving the door open to Thursday’s decision.

A patient infected with Coronavirus hits an 82-year-old in the next-door bed to death...

Several people were arrested after a train burglary, including six teenagers

Teen whose death sparked Chicago riot to get grave marker