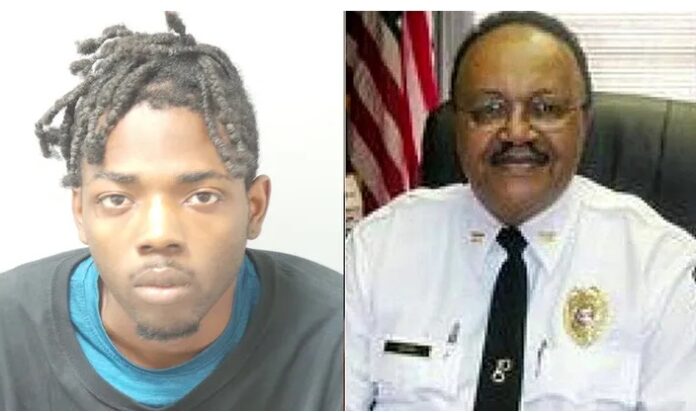 Stephan Cannon, 26, was sentenced to life in prison without parole for the murder of former St. Louis Police Capt. David Dorn after a Missouri jury convicted him in July, according to reports.

Cannon was convicted of shooting and killing Dorn during a night of looting and rioting in June 2020 in the wake of the death of George Floyd in Minnesota.

Dorn, 77, was responding to a burglary alarm at a friend’s pawn shop when he encountered a group of looters.

He was struck four times and died from his injuries.

Dorn and four officers were struck by bullets, while other officers were pelted with rocks and fireworks and 55 businesses were burglarized or damaged across St. Louis during the protests.

The septuagenarian had served 38 years on the St. Louis police force before working six years as police chief in Moline Acres. He had retired from the Moline Acres department in 2014.

According to KSDK’s Christine Byers, Cannon was sentenced to life without parole on the first-degree murder charge.

Judge Theresa Counts Burke sentenced Cannon to a total of 16 years for armed criminal action, 10 years for robbery and five years for burglary.

Cannon, in the sentencing hearing, insisted that he was not the one who killed Dorn, KSDK reports.

Dorn’s widow, Ann Wood-Dorn, said during the hearing that her husband “became a victim of the very thing he fought against.”

Additionally, one of Dorn’s sons, Brian Powell, issued a direct message to Cannon: “I hope your eyes are woke. You still have time to get eveThe aftermath of the shooting was allegedly caught on video that had been shared to Facebook Live and was later removed. Prosecutors played it in court.

rything together and make amends with your maker.”

Weary US businesses confront new round of mask mandates

EXPLAINER: Details of the final version of Texas voting bill