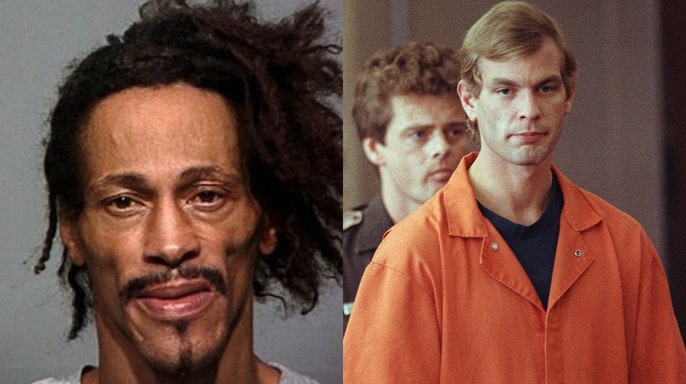 Defense attorney Paul Ksicinski doesn’t need to watch Netflix’s “Monster: The Jeffrey Dahmer Story” to understand the lasting trauma the serial killer has caused.
His former client, Tracy Edwards, escaped Dahmer’s Milwaukee, Wisconsin home on the night of July 22, 1991. He flagged down a passing patrol car on the street.

A pair of handcuffs hung from one of Edwards’ wrists as he told officers Dahmer had tried to kill him. A subsequent investigation led police to an apartment full of preserved human heads, body parts and photographs of mutilated men. Police said Dahmer confessed to killing 17 people since 1978.

At the time, Edwards was hailed a hero for helping police capture the “Milwaukee Cannibal.” His story is chronicled in the first episode of the Ryan Murphy-helmed streaming series which stars Evan Peters as Dahmer. But Ksicinski told Fox News Digital that Edwards’ life took a downward spiral following the horrifying encounter.
“The way that I’ve characterized it, in a nutshell, is that the incident with Dahmer made Tracy into Humpty Dumpty – he was never able to put the pieces back together in his life,” Ksicinski explained. “At times, he may have appeared or even sounded like, for a lack of a better term, normal. But he was not.

He could never get his life together again after that. He abused drugs and drank alcohol excessively. He had no home. He just drifted from place to place. It destroyed his life. I don’t know how or what he could have done to put things back together again.”
During Dahmer’s 1992 trial, Edwards described how Dahmer “was listening to my heart” at knife point.

“At that point, he told me he was going to eat my heart,” Edwards told the court.
Dahmer would prey on his victims at bars or bus stops, luring them with promises of beer or money in exchange for posing for nude photographs, The New York Times reported. After drugging their drinks, he would strangle and stab his victims while they were unconscious. He stored their remains and consumed part of the arm of at least one man, the outlet shared. For weeks, neighbors smelled a foul odor and even heard screams coming from Dahmer’s apartment. His victims ranged in age from 14 to 33.
Dahmer was convicted of 15 killings in Wisconsin. According to prosecutors, there wasn’t enough evidence to charge him with the 16th slaying. He also pleaded guilty to the Ohio murder of a hitchhiker in 1978. The 34-year-old was serving 15 consecutive life terms in 1994 when he was bludgeoned to death by fellow inmate Christopher Scarver.

Edwards’ publicity from the case attracted the attention of police in his native Tupelo, Mississippi. He had been indicted for sexual battery involving a 14-year-old girl. He was extradited to face charges there. Over the years, he racked up more charges, including theft, property damage, bail jumping and drug possession, among others. According to reports, he has been homeless since at least 2002.
In 2011, Edwards was arrested after he was accused of throwing a man to his death off a Milwaukee bridge. That’s when Ksicinski met him.
“We always took the position that he did not throw anyone over,” said Ksicinski. “This was, in fact, a friend of his. They were all homeless, and they were, unfortunately, abusing alcohol. He was trying to pull him back off the bridge. The people who had seen it didn’t really have, in our viewpoint, the best ability to see what had happened.”
Ksicinski said that Edwards still appeared haunted by his encounter with Dahmer.
He called Dahmer the devil,” Ksicinski explained. “I eventually came to determine he never sought any kind of psychological or psychiatric treatment for what happened to him. Instead, he chose to self-medicate with alcohol and drugs on the street. He didn’t go into treatment because that would cause him to have to remember what happened. But he spoke of what happened to him. He described smelling death when he entered Dahmer’s apartment, how Dahmer put his head on his chest, so he can hear his heartbeat.

He described how Dahmer said, ‘I’m going to have to eat your heart.’”
“I was dumbfounded,” Ksicinski admitted. “It’s one thing to hear about these details during the trial, but the way that Tracy described it, I was just amazed. At first, I went, ‘Come on, you’re exaggerating to make yourself look good.’ But you could see how much he was affected by it.”
Ksicinski claimed that Edwards always “took responsibility for the things he’s done in the past.”
Edwards was initially charged with homicide but pleaded guilty to the reduced charge of aiding a felon. He was sentenced to a year and a half behind bars. The last time Ksicinski saw Edwards was in 2015. His current whereabouts are unknown.
Tracy didn’t ask to be a victim of Dahmer’s,” said Ksicinski. “And he was just so averse to wanting to remember what happened to him or even talk about it. There was a civil litigation involving some of the victims’ families. He never took part in that. My personal belief is he didn’t because he’d have to remember what happened.”
“Post-traumatic stress disorder is real,” he continued.

“It’s not something that’s manufactured. People suffer incredibly traumatic events, and it’s different for every person in terms of how they handle it. You don’t know what that person has gone through or how they’re coping. And it might help to know that before passing judgment.”

5 shot during 4 hours overnight in Baltimore