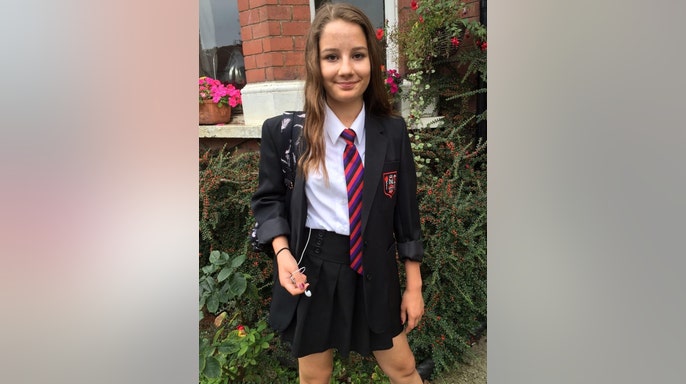 The ruling came at the conclusion of an inquest — or a judicial inquiry — into Molly Russell’s death five years ago, according to The Molly Rose Foundation (MRF) established in the 14-year-old’s memory to prevent suicide among people under 25.
Coroner Andrew Walker of the Northern District of Greater London said her death was “an act of self harm while suffering from depression and the negative effects of online content.”

Walker said the online material Molly viewed on platforms including Instagram and Pinterest “was not safe” and “should not have been available for a child to see.”

The ruling was the first of its kind to place direct blame for a child’s official death on social media rather than simply correlating the two.

“The inquest has demonstrated very clearly the significant dangers social media platforms such as Instagram, Twitter and Pinterest present in the absence of any effective regulation,” MRF said in a statement.

“This shows that if government and tech platforms take action on the issues raised in the inquest, it will have a positive effect on the mental well-being of young people, which is the key aim of the Molly Rose Foundation.
“For social media, the Wild West era is over.”
In response to the ruling, Molly’s father, Ian Russell, said there is always hope” no matter how “dark it seems.”
“[I]f you’re struggling, please speak to someone you trust or one of the many support organizations, rather than engage with online content that may be harmful,” he said, according to MRF.

“Thank you, Molly, for being my daughter. Thank you,” Russell added. “We should not be sitting here. This should not happen because it does not need to happen. We told this story in the hope that change would come about.”
A spokeswoman for Meta, the parent company for Facebook and Instagram, said in a statement following the conclusion that the company is “committed to ensuring that Instagram is a positive experience for everyone, particularly teenagers” and would “carefully consider the coroner’s full report.”
Pinterest has apologized for the content it
At its heart, this is about online safety,” MRF said of the conclusion of the inquest into the 14-year-old’s death.

The ruling garnered national and international attention. Even Prince William issued a statement on the matter.
“No parent should ever have to endure what Ian Russell and his family have been through,” William tweeted from the official Prince and Princess of Wales account. “They have been so incredibly brave. Online safety for our children and young people needs to be a prerequisite, not an afterthought.”
Social media and video-sharing platforms contain content showing suicidal ideation, self-harm material and general reflections on depression, according to the U.K.’s National Society for the Prevention of Cruelty to Children (NSPCC). A teenager may view that kind of content on top of more mainstream material featuring videos and images of their peers, as well as influencers and models, which may prompt young users to make flawed comparisons between themselves and the material they view online.

“The ruling should send shockwaves through Silicon Valley – tech companies must expect to be held to account when they put the safety of children second to commercial decisions. The magnitude of this moment for children everywhere cannot be understated,” NSPCC Executive Director Sir Peter Wanless said in a statement. “Molly’s family will forever pay the price of Meta and Pinterest’s abject failure to protect her from content no child should see, but the Online Safety Bill is a once-in-a-generation opportunity to reverse this imbalance between families and big tech.”

Local Forecast: Sunday temps in the 90s, Monday may approach 100

School mask mandate sparks debate as some groups in Kansas push back at GOP...