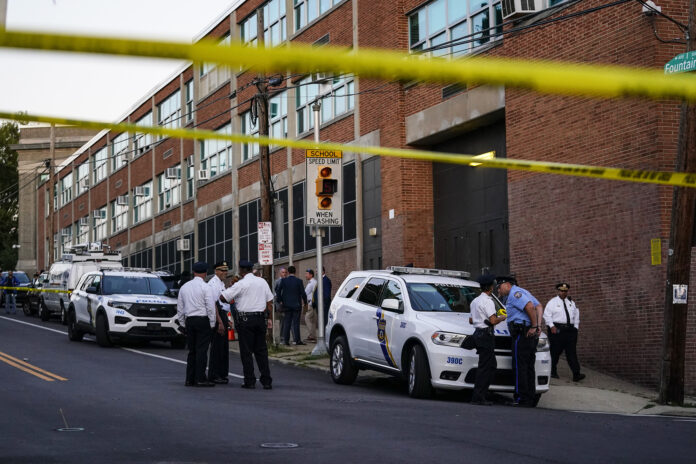 Two gunmen killed a teenage football player and injured three of his teammates in an ambush-style attack outside of a Pennsylvania high school on afternoon, police said.
The violence erupted outside the Roxborough High School in Philadelphia just after 4:40 p.m. as the boys were leaving a football scrimmage against two other schools, according to police.

A fourth victim sustained a graze wound, ABC7 reported.
Authorities said the surviving teens were hospitalized in stable condition.
Police are still investigating and no arrests have been made.

Guilty plea likely from a mayor in corruption probe

A person is killed in a shooting in Tunica County