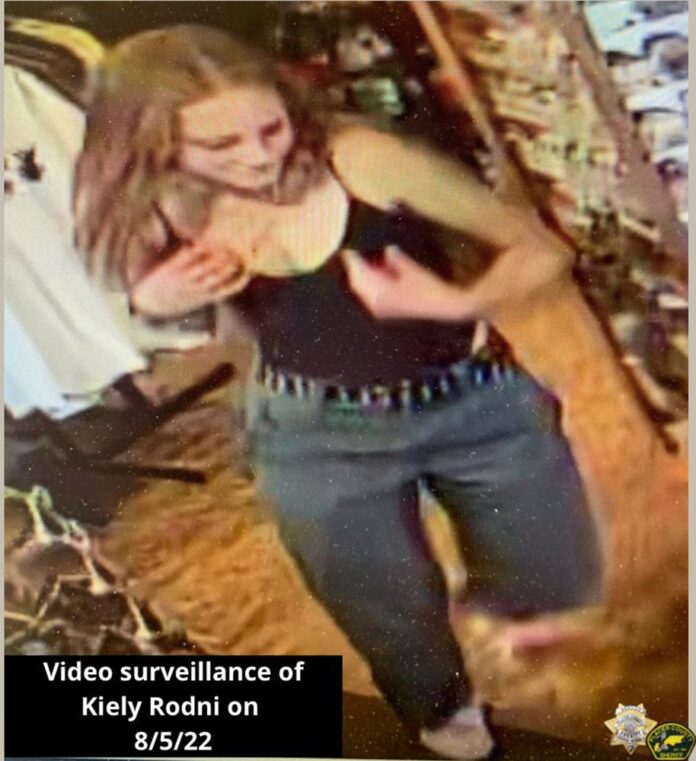 TRUCKEE, Calif. (AP) — An autopsy Tuesday confirmed that a body found inside a car submerged in a Northern California reservoir is that of 16-year-old Kiely Rodni, who disappeared after going to a large youth party earlier this month, authorities said.
No other results of the autopsy were released in a Facebook post by the Nevada County Sheriff’s Office.
“This is an ongoing investigation, and no other information is available at this time,” it said.
The discovery was made during the weekend by a volunteer dive team and Nevada County Sheriff Shannan Moon told a press conference that it was believed to be the body of the Truckee, California, girl, although the autopsy was pending.
Rodni was last seen alive Aug. 6 at a party of hundreds of youth at a campground at Prosser Reservoir in Tahoe National Forest, about 165 miles (266 kilometers) northeast of San Francisco.
Her disappearance triggered a huge search by multiple law enforcement agencies over two weeks, including underwater searches of the reservoir by dive teams.
volunteer searchers with a sonar-equipped group called Adventures with Purpose found Rodni’s car upside down with a body inside in about 14 feet (4.2 meters) of water in the reservoir, about 55 feet (16.7 meters) offshore.
How she ended up in the water is under investigation by the California Highway Patrol’s major accident investigation team.
The area has curvy roads, and photos of the area where the car was pulled out of the reservoir show a wide expanse of bare shoreline that appears to gradually slope toward the water.