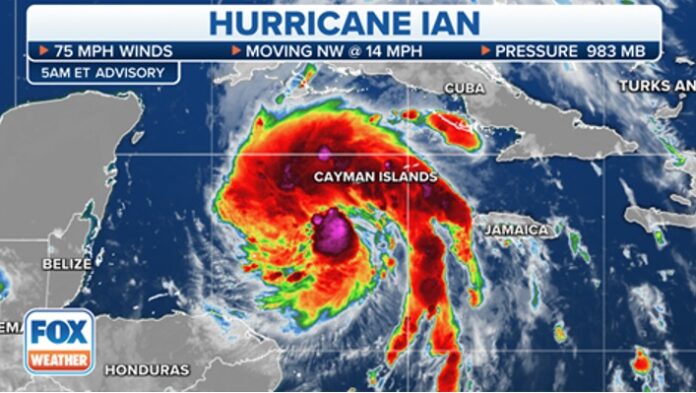 Tropical Storm Ian strengthened into Hurricane Ian, as coastal residents brace for major impacts from the storm as the week progresses.

Hurricane status was declared at around 5:00 a.m. as the storm’s winds strengthened to 75 miles per hour, according to the National Hurricane Center.

Hurricane Ian is expected to become a significant hurricane within the next 48 hours. A Hurricane Watch was issued for Florida’s Gulf Coast, including Tampa Bay.

Florida Gov. Ron DeSantis declared a state of emergency for all 67 counties ahead of the impacts of Hurricane Ian. He urged all Floridians to prepare for the storm.

The storm is expected to make landfall.

Inflation jumps to annual 3% in Europe as fuel costs rise

Maine man killed while trying to save an injured cat

A boy kills a teacher, injures students at a Nevada school

A man found shot dead in a car in Houston