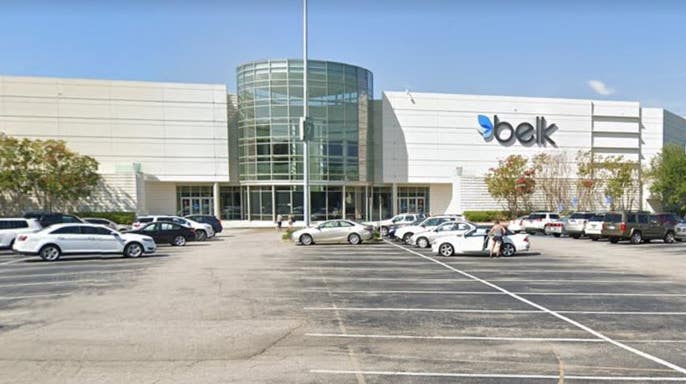 An employee at Belk in the Columbiana Centre shopping mall reportedly found 63-year-old Bessie Durham dead inside the store’s family bathroom after, according to Fox 57 in Columbia.
Durham worked for an outside company that provided housekeeping and cleaning services at the department store.
Surveillance cameras at the store allegedly showed the woman entering the bathroom area Thursday, four days prior to the discovery of her body, at approximately 7 a.m. She was never seen leaving the area
A missing persons complaint was filed to Columbia police by Durham’s family
In a conversation with Fox 57, South Carolina District 80 Rep. Jermaine Johnson said he felt bad for Durham, her family and everyone involved in the situation

Right now I feel so bad for this woman who had to die alone in a bathroom stall somewhere, just doing her job to survive,” Johnson said.
The representative also posted about Durham on his Twitter page, saying her death should be a wakeup call to “invest in yourself and stop letting jobs kill you
The coroner’s report obtained by Fox 57 showed Durham died of natural causes.
Belk released the following statement to Fox News Digital
“First and foremost, we send our deepest condolences to the family of Bessie Durham, who was found inside a family restroom at our Columbiana Centre location.

Ms. Durham provided housekeeping services through her employer, an outside contractor company that provides cleaning services for the store. We are actively working to piece together what happened. Meanwhile, we have also made counselors available to associates seeking support
Columbia police are continuing to investigate the incident.