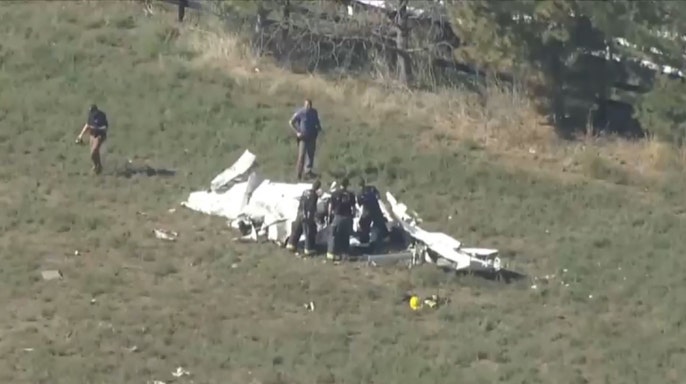 Three people died after two small planes collided in midair over Boulder County, Colorado, authorities said.
Neighbors called 911 shortly before 9 a.m. after witnessing a Cessna 172 and the Sonex Xenos crash into one another.

“It looked like it was in trouble, ’cause planes don’t go straight down,” Sean Tufts told FOX31 Denver. “There was no fireball, nothing, it just crumpled.”
One of the planes crashed in a field, the other in a stand of trees near Vance Brand Airport in Longmont, Colorado, about 30 north of Denver.
Two people were found dead in one wreckage and one person in the other, the Boulder County Sheriff’s Office said. The identities of the victims were not immediately released.

The Federal Aviation Administration (FAA) and the National Transportation Safety Board (NTSB) are investigating
While the NTSB confirmed that the pilots had clear skies at the time of the crash, neither aircraft was equipped with a collision avoidance system or in contact with air traffic control, the station reported.

The agency added that neither aircraft was required to do either.

A gunman kills 4, then kills himself in Kentucky