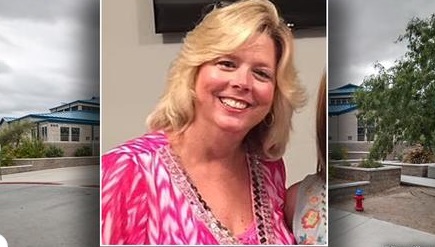 An El Paso, Texas, teacher was informed of her “proposed termination” after telling students to call pedophiles “minor attracted persons,” according to the city’s school district, but some witnesses say her remarks were taken out of context.

In an 18-second clip shared on TikTok, the Franklin High School teacher, identified by the El Paso Teachers Association as Amber Parker, can be heard telling students they’re “not allowed to label” individuals as pedophiles. She reportedly made the comment during a lesson on the play, “The Crucible.”

“We’re not gonna call them that,” Parker said in the video. “We’re gonna call them MAPs, minor attracted persons. So don’t judge people just because they wanna have sex with a 5-year-old.”

“On the evening of August 29, 2022, the El Paso Independent School District was made aware of a classroom situation and promptly initiated an investigation,” El Paso Independent School District Chief Communications Officer Liza Rodriguez told Fox News Digital. “After a thorough investigation was conducted, on September 6, 2022, during a Special Board Meeting, the Board of Trustees approved a decision to notify a Franklin High School teacher of proposed termination. The process will continue in accordance with the Texas Education Code. Any allegation of potential misconduct is investigated thoroughly, and the safety of our students is a top priority. As this is a personnel matter, no further information will be shared at this time.”

Some students who were in the classroom said her words were taken out of context.

“She [teacher] was expressing how it was ridiculous how we [society] might not be able to call people pedophiles. That we [society] will probably have to start calling them MAPs because it can be offensive to them [pedophiles]. The class agreed,” Ryann Ruvalcaba, a junior at Franklin High School, told KFOX.

Daniel Call, vice president of the El Paso Independent School District board, noted that while the lesson plans are approved by administrators, Parker appeared to “stray” from it in this particular class.

Call had previously offered Parker the benefit of the doubt, saying the video had appeared to omit some important context and that it seemed Parker was only “pretending” to advocate the position.

“Update on my last post; After hearing from some of the students that were in the class, including my own nephew, I believe now that the teacher that appeared to be promoting and normalizing pedophilia was pretending to advocate a position she didn’t actually believe in order to challenge the students in preparation for them reading the [play] ‘The Crucible,'” Call wrote. “The video that many of us saw was missing this important context. I regret the negative attention that this situation has brought on this teacher and wish her well. I’m told she is a great educator.”

But he ultimately voted in favor of firing her, saying, “Any reasonable person that heard what the seven trustees heard would’ve voted to terminate Amber Parker.”

Parker’s husband Jason said that Parker’s comments were made to challenge students.

“Mr. Daniel Call I happen the [sic] be the husband of the teacher in question,” Parker wrote on Facebook. “I can tell you that we were shaken to the core about these accusations. It is both scary and disturbing that an edited 18 second clip could destroy a 30 year career when taken completely out of context. She is exemplary as a teacher and truly cares about the students. Needless to say we have spent many sleepless nights because of this cruel release to social media of the 18 seconds. We pray that you and the rest of the board will see this for what it is and not allow and edited video destroy an innocent woman, her career and her family in the process. I want to thank you personally for the updated post to begin to right this wrong.”

Controversial classroom moments have been captured across the country in recent years, driving parents to school board meetings demanding more of a say in their children’s educations.

1 of 2 parties in shootout that injured 1-year-old in custody; other still sought

2 shot outside Midtown McDonald’s during confrontation

One dead after shooting in Minneapolis