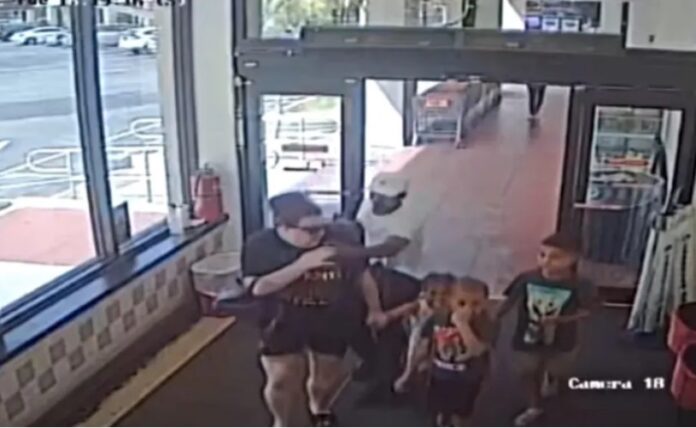 A Florida man was caught on camera attacking and robbing a woman in front of her three small children at a North Lauderdale grocery store, according to authorities.

The unidentified perpetrator allegedly approached the woman, grabbed her necklace and punched her before fleeing the scene around 4:15 p.m. on the 8000 block of West McNab Road, the Broward County Sheriff’s Office (BSO) said in a Tuesday news release.

Authorities are asking anyone with information to contact BSO Robbery Det. Robert Sokol at 954-321-5018 or submit a tip through the SaferWatch App. Anonymous tipsters can contact 954-493-TIPS (8477), online at browardcrimestoppers.org.

Lobster fishing will face restrictions to try to save whales

Kansas Highway Patrol investigating after woman struck, killed near Turner Diagonal on I-70