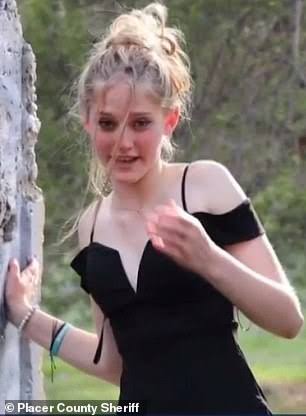 The dive team that recovered the body of missing 16-year-old Kiely Rodni from a California reservoir last week announced that it’s also helping to search for two other missing California women.

Rodni’s remains were discovered inside an upside-down vehicle submerged in 14 feet of water in Prosser Creek Reservoir just 55 feet offshore by Adventures With Purpose (AWP), a group with a popular YouTube channel that assists in missing persons cases.

The teen was last seen on Aug. 6 at a high school graduation sendoff in Truckee, California, and her disappearance was initially considered a possible abduction due to suspicious circumstances.

In a recent livestream detailing the discovery of Rodni’s silver Honda CRV with her body inside, AWP announced that they next will be searching for 22-year-old Jolissa Fuentes of Selma, California, and 75-year-old Annette Adams, of San Luis Obispo, according to reports.

Fuentes was last seen on Aug. 7, driving alone in her silver 2011 Hyundai Accent after stopping at a Fresno County gas station at about 4 a.m. to purchase some items, authorities said.

Selma Police Chief Rudy Alcaraz said that investigators are treating Fuentes’ disappearance as a “criminal matter,” and authorities are focusing search efforts near Pine Flat Lake and Avocado Lake areas west of Selma based on the last pings from Fuente’s phone the morning she vanished.
Meanwhile, Annette Adams, also known as Annette Marotto, was last heard from on April 25, 2021, in San Luis Obispo.

Law enforcement has said she may be driving a black Buick Enclave.

The murdered officer stumbles during the California Bar Massacre