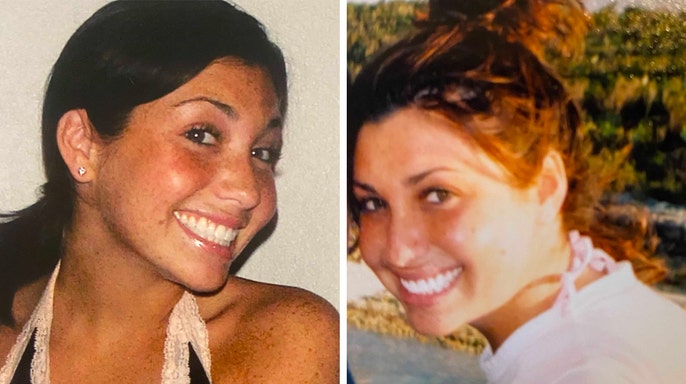 Nancy Grace investigates the mysterious ‘suicide’ of teacher Ellen Greenberg on Fox Nation
Tom Brennan and Ellen Greenberg’s parents break down fiance Sam Goldberg’s 911 call the day he discovered Ellen Greenberg’s body in ‘Teacher Death Mystery: A Nancy Grace Investigation.’
Philadelphia teacher Ellen Greenberg was “excited” about life, her new job and her upcoming wedding when she was found dead under grisly circumstances in 2011, according to a close friend who said she in no way believes the 27-year-old could have killed herself.
“Ellen was always looking for that happily-ever-after true love: She wanted to start a family; she loved kids; she was excited about getting married and she was excited about having this new job,” Erica Hamilton told Fox News Digital Thursday. “It seemed like everything was kind of settling into place for her, so at no time did I ever think that she was depressed or so overly stressed out that she was gonna do something to hurt herself. She was happy. She was excited.”
The two were close friends growing up and attended Penn State together, Hamilton said.
“If you knew Ellen, she was your typical girly girl,” Hamilton said. “She didn’t like getting dirty; she didn’t like the sight of blood.”
She said that she last spoke with Greenberg two or three days before her death – from 20 stab wounds, half of them in her back, including a 6.5 cm wound to the base of her skull allegedly sustained after her heart stopped beating.

“When I found out that Ellen had died, I didn’t know how – the only thing I knew was that they said that she killed herself,” Hamilton said. “When we found out that she had died by stabbing – there was no way.”
She said the brutality of Greenberg’s injuries didn’t add up.
“Had Ellen ever committed suicide, her using a knife would be the absolute last way that I would ever even consider her to do that,” Hamilton said. “If she wanted to kill herself, she had a whole bottle of pills she could have taken.”
At the start of the fall semester before her January death, Greenberg took a new job as a teacher in Philadelphia and, between that and anxiety over her upcoming wedding, soon sought help from a therapist and was prescribed anti-anxiety medication, Hamilton said.
“She had reached out to me a lot because I had dealt with that same thing and had been struggling with that for a couple of years,” she said.
But something struck her as unusual about their conversations.
There was a point where she had gotten really concerned about the counselor breaking confidentiality,” Hamilton told Fox News Digital. “I said, Ellen, you can go into that therapist and tell that therapist anything you want to…The only time that they would have to break confidentiality is if you had this grand plan to hurt yourself or hurt somebody else.”
That exchange led to the only conversation Hamilton said she recalled with Greenberg regarding self-harm.
“I specifically remember point-blank asking her, ‘do you feel that stressed out that you are having those thoughts?’” she said. “And she laughed; she was like, ‘No, absolutely not. I just feel anxious.’”
Greenberg’s fiancé Sam Goldberg called police on Jan. 26, 2011, to report finding her dead in the kitchen of their Philadelphia apartment, according to court documents. An autopsy found she’d suffered 20 stab wounds, half of them from behind, and the initial manner of death was ruled a homicide.
Goldberg did not immediately respond to messages seeking comment.
After a behind-closed-doors meeting between pathologists with the city medical examiner’s office and investigators, the report was revised and her death ruled a suicide, according to a civil lawsuit filed by Greenberg’s family.

Her parents have been fighting for over a decade to have the manner changed to undecided or homicide.
Joe Podraza, the Philadelphia attorney for Greenberg’s parents, told Fox News Digital last week that evidence shows at least two of the 20 stab wounds were inflicted after the woman’s heart had stopped beating. She was also covered in bruises that pathologists found showed widely varied stages of healing
Another odd piece of evidence is the door lock on Greenberg’s apartment. Photos show a metal door with a slinging latch above a regular exterior door lock. The latch is shown with minor damage – but still attached in a way that makes it unlikely anyone kicked in a locked door to get inside, experts told Fox News Digital.
After some referrals back and forth regarding the case between the Philadelphia District Attorney’s Office and the state attorney general, the Chester County District Attorney’s Office has assigned an investigator and a prosecutor to conduct an independent investigation into Greenberg’s manner of death.

One person was killed and one seriously wounded in Memphis shooting