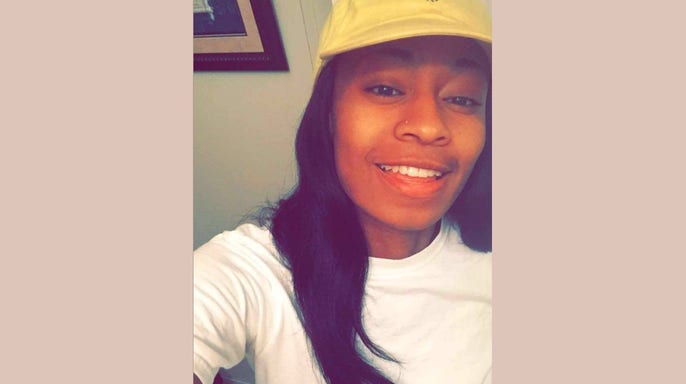 A baggage handler was killed when her hair got tangled in a belt loader at a New Orleans airport on night, according to officials.

Jermani Thompson, 26, was working at Louis Armstrong New Orleans International Airport on August 30 when the freak accident unfolded. She was employed by GAT Airline Ground Support.

At around 10 p.m., Thompson’s hair got caught in a belt loader while she was unloading bags from a Frontier Airlines plane on the tarmac.
She was rushed to a local hospital and pronounced dead.
The horrific accident prompted Frontier Airlines to cancel a flight
Her tragic death lead to an outpouring of condolences from the aviation organizations involved.

“The Louis Armstrong New Orleans International Airport extends its sincere condolences to her family and friends, and also to our partners at GAT and Frontier Airlines,” the airport’s Director of Aviation Kevin Dolliole told Fox News Digital.
“Jermani was a part of our Airport family, and we will continue to support one another in any way we can during this trying time,” Dolliole added.
“We extend our deepest condolences following the tragic death of a member of our ground handling business partner,” a Frontier Airlines spokesperson said in the wake of the tragic accident. “Our thoughts are with her family and loved ones during this difficult time.”

Thompson was remembered by family and friends for being a hard worker and big basketball fan. She played the sport while she was a student at Hesston College and Tougaloo College.
“She was a basketball guru, [she’d] do anything you ask her to do,” Thompson’s mother, Angela Corsey, told FOX 8 New Orleans. “I just can’t believe it, you know, my only daughter is gone.”
“I don’t believe it. It’s like, she just told me, ‘I’ll see you when I come back,'” Dorsey added

Asian markets mixed ahead of US report on August employment

Fla. Boy, 4, Killed by Dad in Murder-Suicide on Day Mom Asked Court to...