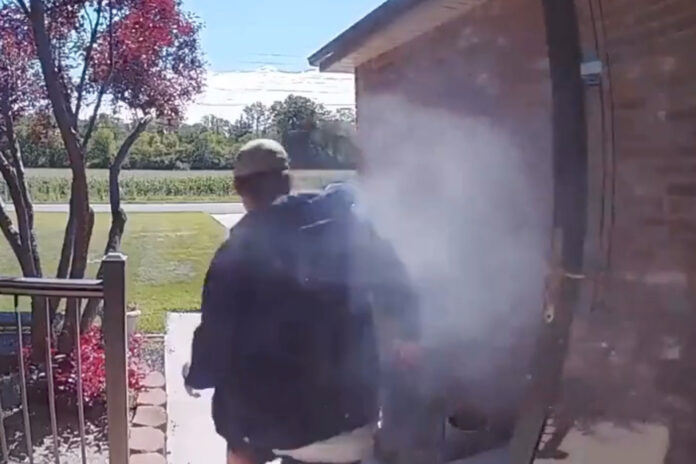 A chilling Ring camera video shows the moment an Ohio homeowner shot and killed his daughter’s ex-boyfriend as he tried to break into the family’s home.

The fatal shooting took place in Sydney, Ohio, on July 31, resulting in the death of 22-year-old James Rayl.

Newly released doorbell video, obtained by station WHIO-TV 7, shows Rayl trying to open the door after being told by the family inside to go away.

Defiant, Rayl then appears to try to break down the wooden front door by slamming his shoulder against it.

At one point, you can hear his ex-girlfriend’s father, Mitch Duckro, warn Rayl that he is armed.
The door is eventually forced open and three gunshots ring out, sending Rayl fleeing, the clip shows.

The 22-year-old makes his way down the porch steps and walks a short distance before collapsing in the middle of a sun-dappled pathway.

Georgia law officers search for suspects in killing of woman