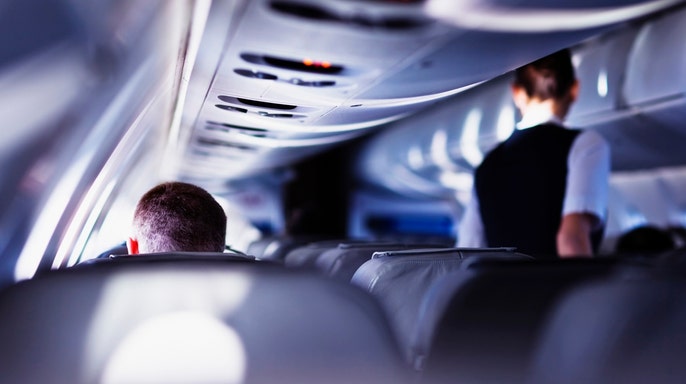 A pilot threatened to return the plane to its gate at the airport over someone sending nudes via AirDrop, according to a video posted late last week on TikTok

In the viral video seemingly captured by a passenger, the pilot can be heard saying on the intercom that he will stop the Mexico-bound flight before it’s taken off over the issue.

So here’s the deal: If this continues while we’re on the ground, I’m going to have to pull back to the gate. Everybody’s gonna have to get off. We’re going to have to get security involved, and it’s vacation that’s gonna be ruined,” the pilot said, according to the video. “So folks, whatever that AirDrop thing is, quit sending naked pictures, and let’s get yourselves to Cabo.”
AirDrop is a feature on Apple devices that allows people to send and receive photos, videos and other types of content to and from nearby iPhones, iPads and iPad Touches. Someone sending unwanted sexual photos to another individual via AirDrop or another electronic method has been called “cyberflashing,” according to The Associated Press.

“The safety, security and wellbeing of Customers and Employees is the Southwest Team’s highest priority at all times,” Southwest Airlines said in a statement to FOX Business. “When made aware of a potential problem, our Employees address issues to support the comfort of those traveling with us.
Other airline flights in recent months have reportedly had incidents related to messages or photos being AirDropped to passengers’ devices.
The TikTok video has so far garnered over 2.3 million views and 108,000 likes at the time of publication

Two killed in a small plane crash in northeast Arkansas