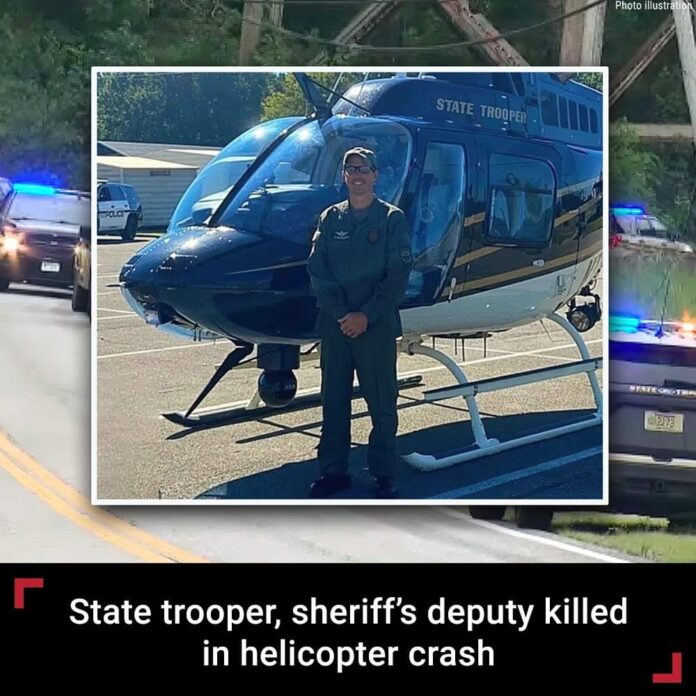 A Tennessee Highway Patrol (THP) trooper and a Marion County sheriff’s deputy were killed in a tragic helicopter crash in eastern Tennessee, officials said.
The helicopter crashed into a wooded area on Aetna Mountain in Marion County after accidentally hitting a power line, according to officials.
The victims’ names have not been released by their respective departments, but the Scott County Sheriff’s Office identified the fallen trooper as Sergeant Lee Russell.
“Our deepest condolences for our Tennessee Highway Patrol family and that of Sergeant Lee Russell, along with his passenger, a Marion County Sheriff’s Deputy,” the Facebook post read. “God bless these dedicated law enforcement officers and their families during this unimaginable time.”
Some power lines reportedly fell onto Interstate 24, which was backed-up evening in the wake of the crash. I-24 East closed down temporarily while I-24 was reduced to one lane.
The crashed Bell 206 helicopter, which belonged to THP.
“Today is a very tragic day for law enforcement, we appreciate all your support,” THP Captain Travis Plotzer said.
Tennessee Department of Transportation officials initially responded to the crash while emergency crews also repaired the damaged power lines.
The National Transportation Safety Board (NTSB) is investigating the incident with the assistance of the Federal Aviation Association (FAA).

The heat goes on

3 people fatally shot at Muncie apartment were from Detroit