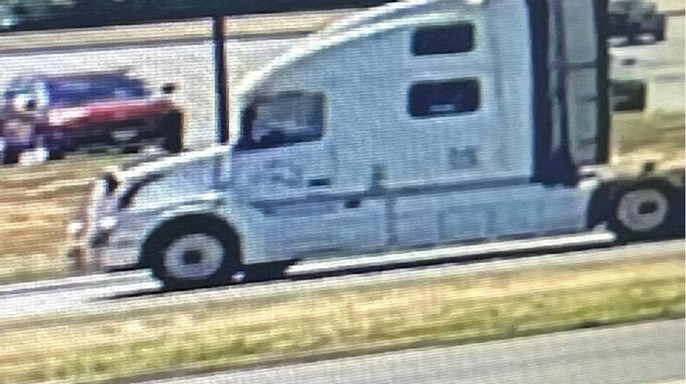 New Jersey woman who was seen bleeding from her face and screaming for help inside a white tractor-trailer has been found safe after a 26-hour manhunt, police announced at evening.

The search began on morning when a witness said that the woman appeared to be bleeding from her face and reported seeing a male truck driver pull her “back into the cab” as they drove south down Route 130 in South Brunswick near a Dayton Toyota dealership.
Authorities said they received tips from around the country, but the break in the case came from Gabrielli Truck Sales, a truck dealership near where the incident took place, police said.
Detectives found a male matching the witness description exit the truck, and they approached him.

They also found the woman seen in the video footage at the same location.
Both agreed to go to the police headquarters and speak with detectives.
Chief Raymond Hayducka said, “This was a great team effort, from the community providing tips to detectives tracking down leads. It was an exhaustive 26 hours, but we were able to locate the woman and make sure she was safe.”
Detectives will continue to evaluate exactly what happened Wednesday afternoon in the truck.

“This case exemplifies the power of so many coming together. I want to thank the witness who first reported the incident, the dozen of tips, and Gabrielli Truck Sales staff for getting involved to find this woman,” said Hayducka.

US jobless claims rise for first time in five weeks, climbing by 4,000 to...