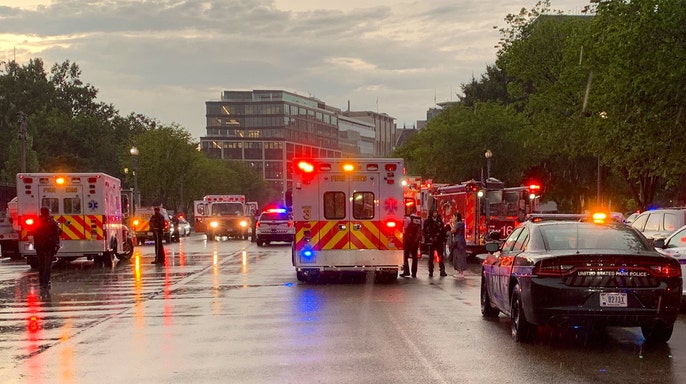 Four people are in critical condition after an apparent lightning strike outside the White House.
DC Fire and EMS responded to reports of a lightning strike in the center of Lafayette Park around 6:52 p.m. local time

DCs Bravest on scene in the process of treating and transporting 4 patients, all in critical condition,” DC Fire and EMS tweeted earlier.
Incident comes after a lightning strike last month killed one soldier and injured multiple others during a training event at the Fort Gordon Army post in Georgia.

Residents in Washington Memorialize the 20th anniversary of 9/11

After decades in eye of storms, weather service head retires

Progress made on California fire that displaced thousands