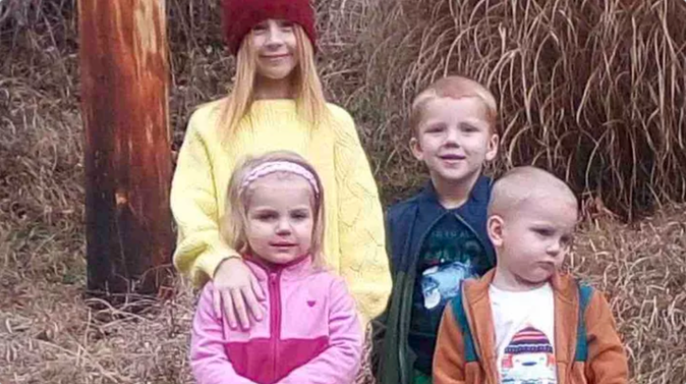 Four children in Kentucky are among the latest victims in the state’s historic flooding, which has left some areas completely underwater.
Brittany Trejo told Kentucky.com that four of her young cousins died after being swept away into the floodwaters.

She said the children, who were between the ages of 1 and 8, died after their parents struggled to hang on to them, according to the report. The children’s bodies were recovered at about 12:30 p.m.
According to Trejo, the bodies of Maddison Noble, 8; Riley Jr., 6; Nevaeh Noble, 4; and Chance Noble, 1, were all recovered.
A spokesperson for the Kentucky State Police confirmed to the outlet that they have seen the report of four children missing, but didn’t add any details.

The parents who survived the flood, according to a GoFundMe, have “lost everything.”
They got on the roof and the entire underneath washed out with them and the children. They managed to get to a tree and … held the children a few hours before a big tide came and wash them all away at the same time,” Trejo said. “The mother and father was stranded in the tree for eight hours before anyone got there to help.”
In a briefing, Kentucky Gov. Andy Beshear said the death toll as a result of the flooding has reached 16 people, and said that the number is expected to rise

Folks, that’s gonna get a lot higher,” Beshear said.
As of afternoon, 21,684 customers are without power in Kentucky.