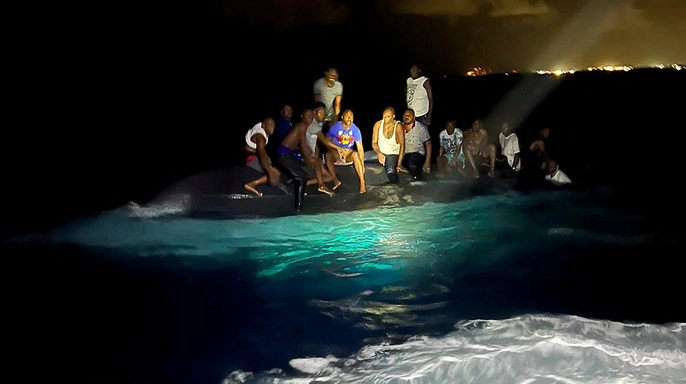 17 Haitian migrants, including an infant, died in the early hours of Sunday morning when a speed boat that was bound for Miami capsized in rough seas off the coast of the Bahamas, according to officials.
The Royal Bahamas Police Force and other first responders rescued 25 people, but more are believed to be missing and additional search efforts were underway on afternoon.
Bahamian Prime Minister Philip Davis said that the vessel, which was part of a suspected human smuggling operation, capsized about seven miles offshore around 1 a.m.
One of the deceased migrants was a male, while 15 were female and one was an infant, Davis said. Five females and 20 males were rescued off the boat, according to police.
Two people from the Bahamas were taken into custody in connection with the operation, according to the Royal Bahamas Defense Force.
“Those found to be involved will face prosecution,” the prime minister said in a statement. “I understand the situation that many of these migrants face that would encourage them to take such great risk. We however appeal to those considering making such a voyage, not to.”
An increasing number of Haitian migrants have tried to make the perilous journey to Florida by boat in recent years.
The Coast Guard has stopped more than 6,100 migrants in fiscal year 2022, which started last October, a sharp uptick over the 1,527 Haitian migrants who were stopped in fiscal year 2021 and the 418 who were stopped in fiscal year 2020.