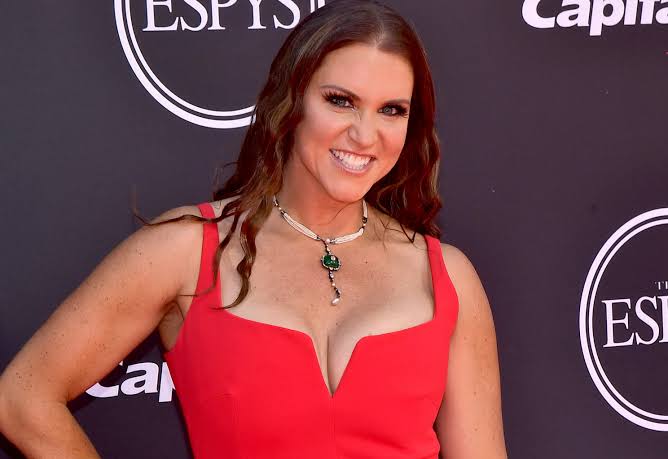 New Co-CEO of WWE, Stephanie McMahon opened up Friday night’s “Smackdown”, live from TD Garden in Boston, MA. She opened the show just hours after her father, Vince McMahon announced he is retiring. WWE broke the news of Stephanie opening up “Smackdown” just shy of an hour before the blue brand went live on FOX.
As seen in the tweet above, Stephanie opened the show by welcoming the fans in Boston to that week’s edition of “SmackDown.” She then talked about Vince, his retirement, and how he wanted to thank the members of the WWE Universe, before being interrupted by the fans who were chanting, “Thank you, Vince!”
Stephanie talked over them, telling the fans that they would get to that in a minute. She said not only did Vince want to thank the fans, but he also sent his thanks to everyone in the back, the ring and rigging crew, the graphics team, and even Pat McAfee and Michael Cole on commentary. After telling the fans how grateful WWE was for them, Stephanie led the crowd in another, “Thank you, Vince!” chant.
At that point, the segment featuring Stephanie came to an abrupt end, transitioning into the next segment featuring The Street Profits: Angelo Dawkins and Montez Ford
It’ll be interesting to see where WWE goes from here. With Nick Khan and Stephanie McMahon now in charge of the company as Co-CEOs, there could be a new direction now that Vince McMahon has retired.
Not only was Vince the Chairman of WWE, but also the Head of Creative. With news of Vince’s retirement, fans online are hoping for improvement in WWE’s creative direction, as some feel that it has steadily declined in quality over the years. A lot of this criticism stems from booking decisions that include part-timers winning titles, and the frustration with the booking directions for recent “NXT” call-ups

4 were killed in a house fire in Missouri, and 2 others were severely...

California wildfire flares but within line crews have built

China’s Didi denies report of plan to buy back shares