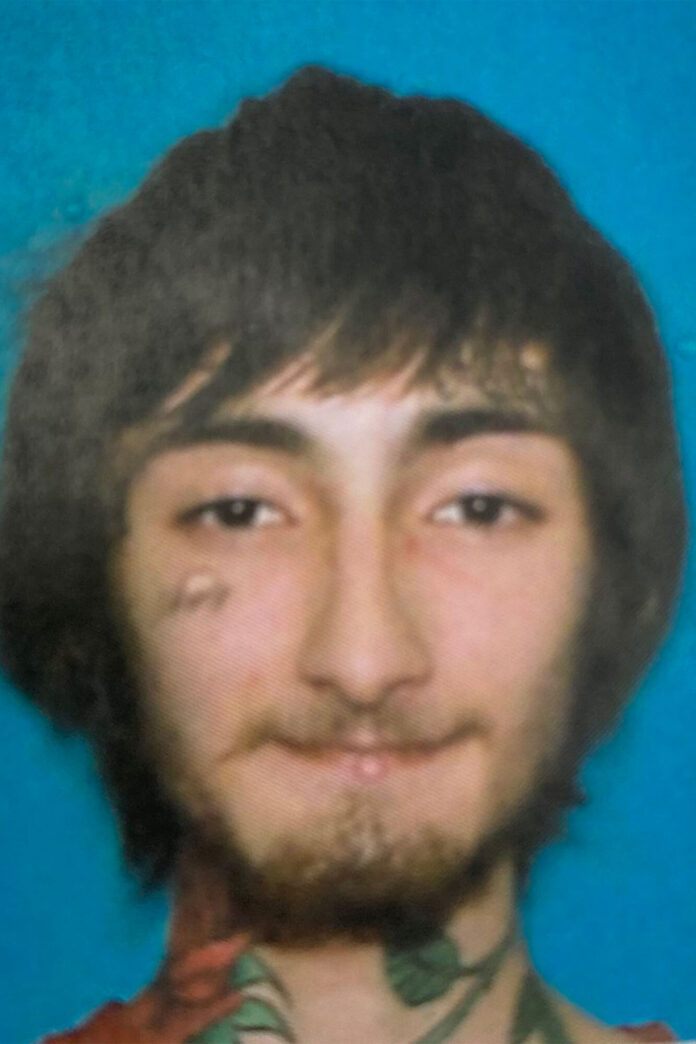 A person of interest has been identified in deadly mass shooting at a Fourth of July parade outside Chicago, authorities said.

Officials ID’d the man as 22-year-old Robert “Bobby” E. Crimo III — who they said they believe is armed and dangerous.
He is believed to be driving a 2010 silver Honda Fit with the Illinois license plate DM80653, officials said.
Anyone with information on his whereabouts was urged to call 1-800-CALL-FBI.

The gunman opened fire with a “high-powered rifle” while standing on a roof just minutes after the parade began in the tony suburb of Highland Park, where six people were left dead and 24 others injured.

The killer “was very military-style, methodical in the way he was crouched and shooting,” an attendee told WGN TV.

Investigators found a rifle at the scene that is believed to have been used in the massacre.
Jeff Leon, 57, told CNN the shots sounded like firecrackers and that he initially assumed the noise was part of the parade.
“The police started reacting, and I saw some people falling,” he said.
Chaotic footage showed frantic parade-goers — some of them bloodied — running for their lives as the gunfire exploded.
Leon said people began ducking behind cars to stay out of the line of fire.

Another witness told CNN that she hid in the basement of a sporting-goods store and saw several injured victims scurrying around the scene in a bloodied daze.
She said a desperate father put his child in a dumpster as a safety precaution before heading back out to search for other relatives.
“STAY OUT OF THE AREA – allow law enforcement and first responders to do their work,” the Lake County Sheriff’s office tweeted as the carnage unfolded.

Images from the scene showed baby strollers and blankets that had been abandoned amid the mayhem.

Police said cops ran toward the gunfire but that the shooter had ceased firing before they arrived.
Illinois Gov. JB Pritzker pledged additional resources in the wake of the violence.
State police are on the scene and we have made all state resources available to the community,” he tweeted. “We will continue working with local officials to help those affected.”
Rep. Brad Schneider, whose district includes Highland Park, said he had been gathering at the start of the parade route when the shooting unfolded.

“I’m so freaked out … It’s just so sad,” she said.
Highland Park is a roughly 30-minute drive from Chicago.

Authorities accuse the man after the shooting of South Georgia, being chased