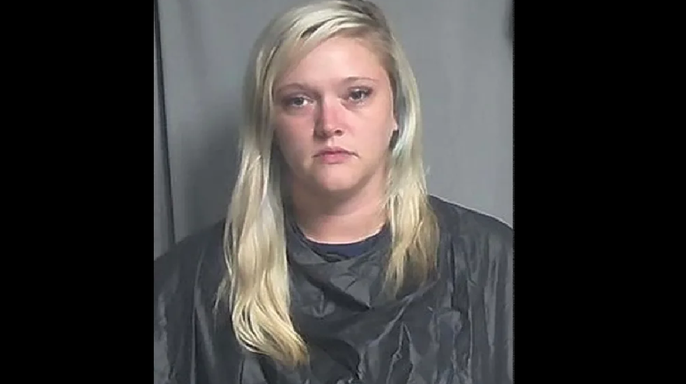 A TikTok influencer was arrested this week after appearing on live video showing her bare breasts to adolescent boys at a swimming pool
Kylie Strickland, 30, is a TikTok celebrity with over 200,000 followers. In a recent livestream,

Strickland recorded herself in a swimsuit with another adult woman and two underage boys.
During the video, Strickland lifts her swim top, laughing.
The warrant for Strickland’s arrest was for computer or electronic pornography and child exploitation, a felony in Georgia, according to police.

Strickland was reported to have been at a residence in Pike County when she purposefully exposed her breasts in a provocative manner to two minor children while streaming live on social media,” the Pike’s County Sheriff’s Office wrote in a report.
“Investigators were able to work in conjunction with Troup County Sheriff’s Office personnel after this case had originally been reported to that agency.”

Strickland defended the video, saying that the boys had seen breasts many times before and her flashing them was not notable.
“Those little boys have seen more boobs than I have probably seen in my entire life,” Strickland said later.

She went on to claim that the adolescent boys were also drinking alcohol at the pool before she had even entered and said she was not responsible for how other adults present raise their children.
Strickland was awaiting a hearing, Fox5 Atlanta reported.

Netherlands halts use of AstraZeneca vaccine for people under 60

4 found dead in Mississippi, suspect died after a chase