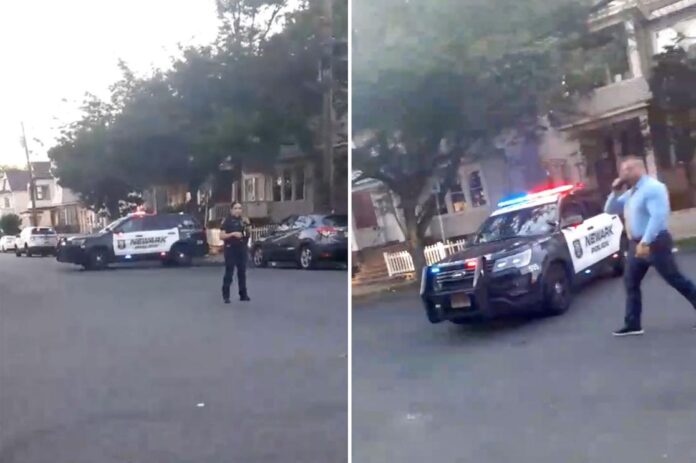 Nine people were injured, including a teenager, in an apparent drive-by shooting in Newark, New Jersey on evening, according to city officials.

The gunfire erupted outside of a bodega on the corner of Shepherd Avenue and Clinton Place at about 6:20 p.m., Newark Acting Public Safety Director Raul Malave told reporters at the scene.
Four adults and a 17-year-old were able to take themselves to Newark Beth Israel Medical Center. Four other adults were transported by EMS to University Hospital.

All nine victims are being treated for gunshot wounds and are in stable condition, Malave said.
A “vehicle of interest” has been identified by police in connection to the mass shooting — a white Honda Pilot that was stolen from Jersey City, he said.

It’s unclear what led to the shooting or how many shooters were involved. Police are canvassing the area for surveillance footage.
No additional information was immediately available.

A Florida man shot 2, then killed himself and his children

Icy roads are causing accidents across the Nashville

Russian feminist runs for Duma to take on domestic violence