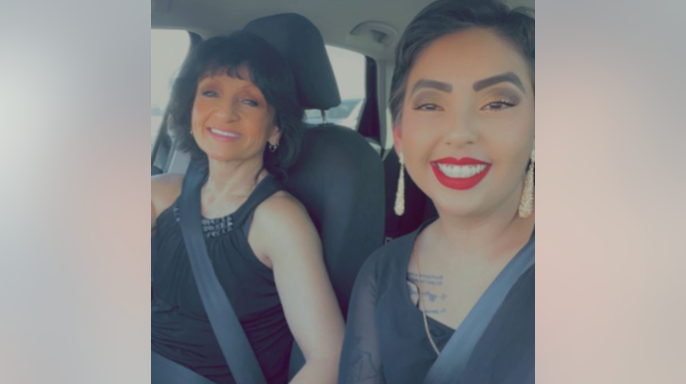 An Arizona woman’s alleged killer has been arrested because of a picture taken right before the incident happened on June 11.

Pamela Rae Martinez, 60, was found dead just before 7:30 p.m. in Glendale, Arizona in her car that had driven off the road and into a landscaping area, according to the Glendale Police Department. Initially, police responded to the scene for reports of a car that had driven off the road.
Martinez was found “in distress and non-responsive” and pronounced dead at the scene, according to police.

A witness told police that Martinez was initially parked on the side of the road next to a van, and a man could be seen outside of Martinez’s vehicle before getting back into his car and driving away.
The witness told police that Martinez’s car “slowly began to drive off the roadway.”
She was completing her last food delivery of the day with UberEats and, according to police “for some reason” took a picture of the man in a van that was alongside her vehicle.
Police later identified that man as 62-year-old Rusty French.

French was questioned by police on June 15, and when shown the picture of him that Martinez took before her death, he admitted that it was him but must have blacked out and couldn’t remember what occurred.
When a search warrant was executed at French’s home, police found a handgun that police say “was a ballistic match for the handgun used in the shooting.”

Police gathered other evidence that implicated French as the shooter as well. French and Martinez didn’t know each other, according to police.
French was arrested on June 23 and charged with second-degree murder.

3 dead in what appears to be a drug-related shooting at Old Elm Hill...