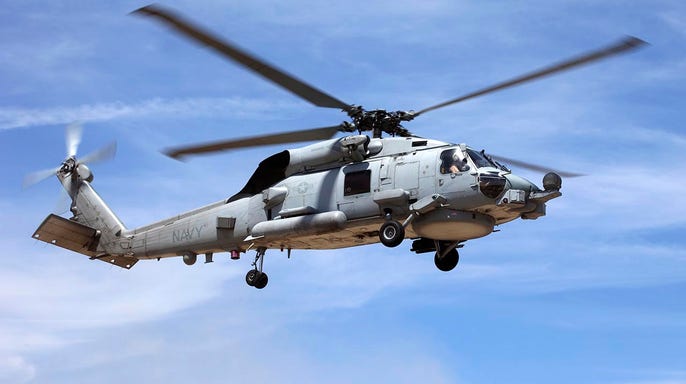 A Navy helicopter crashed at a training range along the Arizona-California border Thursday near El Centro, California, Naval Air Station North Island said.
All four MH-60S Seahawk aircrew members survived the approximately 6 p.m. PT crash with one being taken to the hospital with non-life-threatening injuries, the military said.
The crew was conducting a routine training flight from Naval Air Facility El Centro.
Start trading popular oil and gas products with a leading global broker.
Learn More
The helicopter was assigned to Helicopter Sea Combat Squadron (HSC) 3 based at Naval Air Station North Island in Coronado, California.
The crash comes just a day after five Marines were killed in an MV-22B Osprey crash just north of the U.S.-Mexico border near Glamis, California during a training mission.
“We mourn the loss of our Marines in this tragic mishap,” Maj. Gen. Bradford J. Gering, commanding general of 3rd Marine Aircraft Wing, said in a written statement of the Wednesday crash. “Our hearts go out to their families and friends as they cope with this tragedy

Arbery’s mother: ‘He will now rest in peace’ after verdict

4 were killed in a house fire in Missouri, and 2 others were severely...