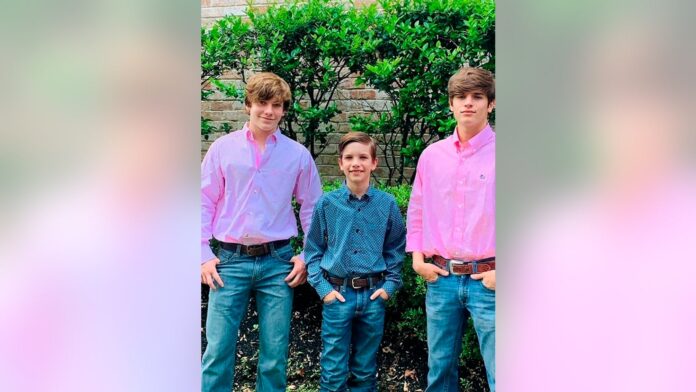 Four children found dead with their grandfather in Texas have been identified.
The grandfather was identified as Mark Collins, 66, according to Fox 26 Houston. Authorities believe the five family members were murdered by prison escapee Gonzalo Lopez.
Lopez, an inmate convicted of capital murder, escaped custody in Leon County. His disappearance sparked an intense manhunt throughout the area.
The relatives called local authorities to check on Collins, and officials found the grandfather dead, along with four grandchildren. The scene was an apparent murder.
The four deceased children have been identified as Waylon Collins, 18; Carson Collins, 16; Hudson Collins, 11; and Bryson Collins, 11.
Lopez took off in a stolen Chevrolet, which was spotted by police near San Antonio. Police pursued, and the confrontation eventually ended in a gunfight, during which Lopez was fatally shot and killed.
The deceased children’s school district, Tomball ISD, called the incident “devastating” in letter.
“It is with sadness and a heavy heart that I share the devastating news of a tragedy that has affected our Tomball community, the Tomball letter opened. “The lives of four Tomball SD students and their grandfather were taken from us on Thursday by the escaped Texas fugitive near Centerville.
The loss of a student, for any reason, is heartbreaking, but to lose four in such a tragic way is excruciating, and our thoughts and prayers are with the family and friends of these beloved students and grandfather,” it continued.