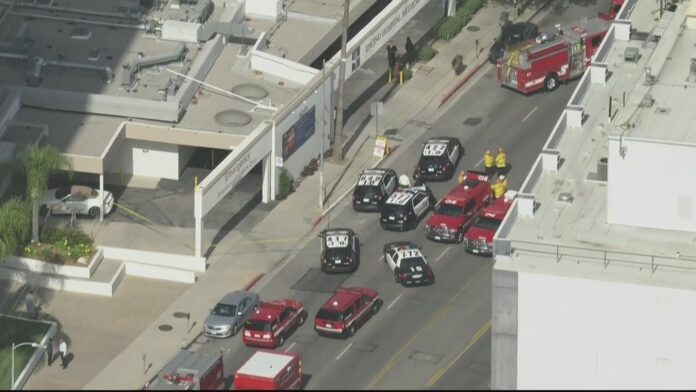 LOS ANGELES (AP) — A man stabbed and critically injured three people inside a Southern California hospital emergency ward and remained inside as police tried to talk him into surrendering, authorities said.
The man walked into Encino Hospital Medical Center in the San Fernando Valley shortly before 4 p.m., LAPD Officer Drake Madison said.
He stabbed at least two or three medical staff” and remained inside about an hour later, Madison said.
Fire officials said three victims were taken to a trauma center in critical condition.
“He’s not running around the hospital. It appears that he’s in an area” and officers were “trying to talk him down,” Madison said.
The attack comes only two days after a gunman killed four people and then himself at a hospital in Tulsa, Oklahoma. The assailant got inside a building on the Saint Francis Hospital campus with little trouble, just hours after buying an AR-style rifle, authorities said.
The man killed his surgeon and three other people at a medical office. He blamed the doctor for his continuing pain after a recent back operation.

Epicentre appointed ‘a receiver’ after defaulting on $85 million mortgage