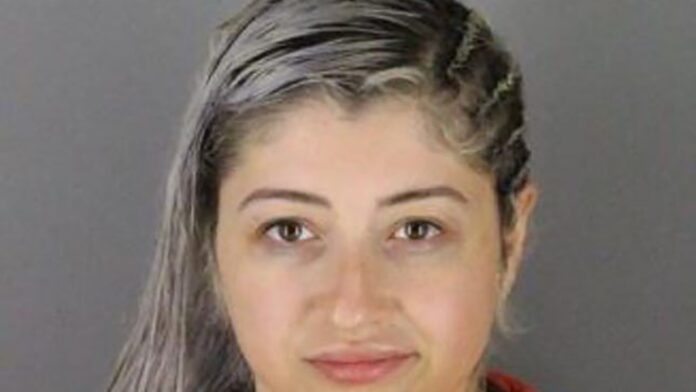 A mother in Minnesota has been charged in the death of her 6-year-old son after the boy’s body was found in the trunk of her car during a traffic stop last week, police said
Julissa Thaler, 28, was pulled over Friday by Orono police officers after she was spotted driving with a smashed window and a flat tire in Mound. Officers noticed blood in the car, but still allowed Thaler and a man who was riding in the car with her to leave the scene, Fox 9 of Minneapolis reported. Officers then discovered the body of young Eli Hart in the trunk.
Police then went to Thaler’s apartment and found her nearby with blood and other biological evidence still on her body. Officers said they also found a washing machine running in the apartment containing the clothes she was wearing during the traffic stop.
Thaler was charged with second-degree intentional murder. According to a criminal complaint, Eli was shot up to nine times in the body and head, Fox Minneapolis reported. A shotgun was found near the boy’s body in the trunk.
The charge said the intentional murder was “not premeditated,” according to the report.
Court documents released Monday revealed the boy’s father, Tory Hart, was seeking custody of Eli at the time of his death and that Thaler purchased a shotgun just six days after Hart filed the paperwork
The purchase worried family members, KARE reported.
Nikita Kronberg, a relative of Thaler and Eli’s former foster mother, told social workers “numerous times” she was worried Thaler may attempt to kill her son to prevent losing custody, Minnesota’s Star Tribune reported.
“I told the social worker and the guardian that I was worried that she would kill Eli to prevent his father from getting custody,” said Kronberg. “I expressed those fears numerous times, and it was clearly brushed aside.”
“Numerous people were saying they feared for Eli’s safety if he was returned to her, and that was ignored,” Kronberg also said, Fox Minneapolis reported.
Kronberg’s relation to Thaler was not immediately clear.
Thaler’s father, who was not identified, told the outlet he was also fearful for his grandson’s life.
“I gave the judge her [Thaler’s] detailed mental health history,” he said, the Star Tribune reported. “I told him that she was displaying paranoia and auditory hallucinations. I said I feared for Eli’s safety. It all fell on deaf ears.”
Thaler’s father also said he considered personally adopting Eli, but decided against it to support the boy’s father’s custody fight.
“Tory was the parent that Eli deserved,” he told the outlet. “He is the guy you want raising your grandchild.”
Josie Josephson, Hart’s fiancée, described Thaler as manipulative, saying she utilized false restraining orders to prolong the custody battle, the Star Tribune reported.
“She always found a way to manipulate the system,” said Josephson, per the report. “She continued to throw these false allegations at Tory that we had to keep battling, which allowed her to keep Eli.”
Eli was a very happy, energetic 6-year-old boy,” she added, KARE reported. “He loved his dad immensely. His eyes would light up when he saw his dad.”
Thaler’s father seemed to confirm these statements and defended Hart’s integrity.
“I guarantee you 100% that Tory is incapable of anything that Julissa accused him of,” he said, the Star Tribune reported. “He wasn’t even in the state when some of this stuff supposedly happened. He had receipts showing he was in Wisconsin, almost three hours away.”
Social workers with Dakota County declined to comment. A spokesperson later said, “Our deepest sympathy goes out to family and friends impacted by this tragic loss. Due to privacy laws we cannot comment further.”
Thaler is being held on a $2 million bail. She is set to appear in court on Tuesday.
The 27-year-old man who was in the car where Eli’s body was found is jailed on suspicion of murder related to the boy’s death, but the Star Tribune reports he has not been charged because prosecutors say there is “there is insufficient evidence at this time.”

Two young men are killed in a suspected accident in a DUI accident in...

Bench trial for KCPD officer who shot and killed Cameron Lamb pushed back 2...