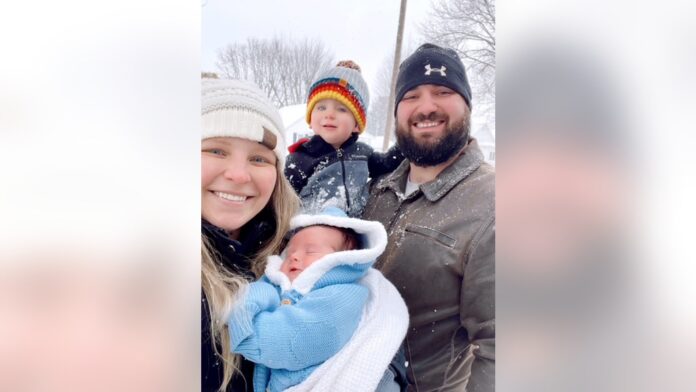 Ohio-based Josiah Poletta and his wife, Courtney, are finally free of $142,000 in debt — $126,000 of which was student loan debt — after tremendous struggle.
It’s ultimately a story of triumph and positivity no matter how you slice it.
The husband and dad of two — a high school history teacher in Van Wert, Ohio — told Fox News Digital in a phone interview about the path he took to get to a much better place financially and personally. It was a path littered with hardship.
Still, he said he would not have wanted the government to bail him out of the financial straits that he got himself into, he said.
Today, he and his wife feel good about where they are, he said, and the steps they’ve taken to “get our finances in order.”
Poletta said he graduated from college in 2014. After he bought a car, the couple was carrying “a total of $142,000 in debt — $126,000 of which was student loan debt,” he said.
Most of the debt was his, he said — he went to a private school and took out a variety of different loans over time to cover his costs, he said.
“But I’m not here to play the victim,” he said. “Basically the reason we decided we were going to pay off our debt was that we deemed it the best way to get our finances in order instead of owing money to other people,” he said.
We wanted to have things for ourselves and not be in a place of negative self-worth,” Poletta also said.
“So,” he said, “we basically began using the Dave Ramsey method of getting ourselves out of debt, step by step.”
Wanted to start a family, buy a house
Poletta said he and his wife were motivated by a desire to start a family and buy a house — and they wanted a method of clarity and organization that made sense.
We wanted to do a lot of different things that paying other people our money wasn’t going to allow us to do,” he said. “We needed to be able to get our finances in order and allow our money to stay our money.”
Poletta explained how he and his wife used the Ramsey method: “You start by making sure you have $1,000 in savings for any emergencies that might come up — and a lot of people don’t even have that,” he said.