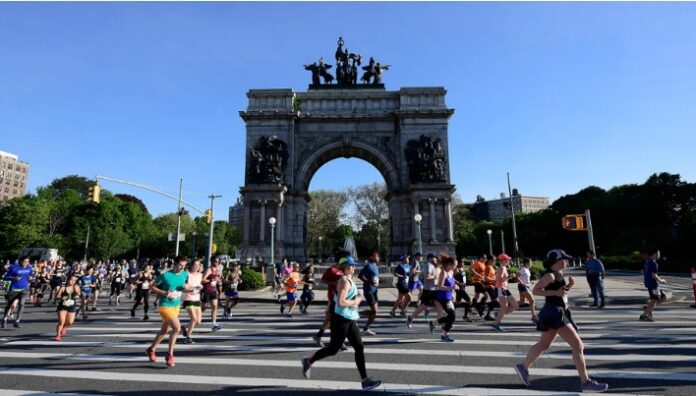 A runner is dead after collapsing at the finish line of the annual Brooklyn Half Marathon , authorities said.

The 30-year-old runner, who was not identified, was crossing the finish line and collapsed. FDNY spokesperson Frank Dwyer told The Associated Press the runner was transported to a nearby hospital and pronounced dead.

Dwyer said at least six other runners were transported to a hospital.

Temperatures 20-30 degrees above average were expected across the East Coast, with many areas seeing highs in the 90s from the mid-Atlantic and Ohio Valley into the Northeast and New England, according to FOX Weather.

The National Weather Service of New York issued a heat advisory for parts of the region, with temperatures rising into the 80s and 90s. An air quality alert was also in effect for much of the area until around 11 p.m. E.T.

the cause of death for the runner was not immediately known. An NYPD spokesperson told the New York Post the runner possibly suffered cardiac arrest.

More than 22,000 runners gathered in Brooklyn for the 13.1-mile race, which began in Prospect Park and ended at the Coney Island boardwalk. It is the first time in three years the annual event reached full capacity.