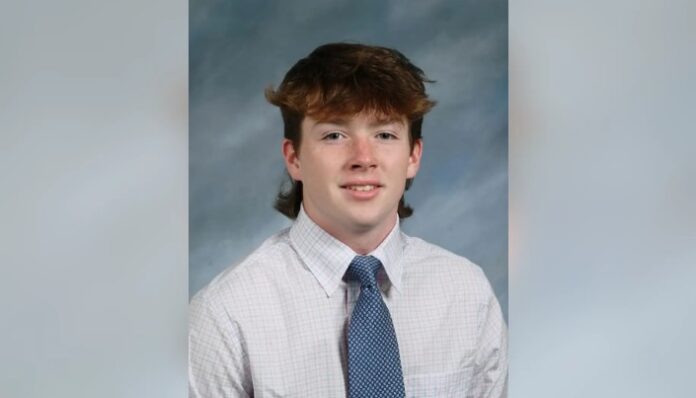 No arrests have been made as of in connection to the fatal stabbing of a Connecticut high school lacrosse player when a fight broke out outside an alcohol-fueled house party last weekend.

James “Jimmy” McGrath, a 17-year-old junior at Fairfield College Preparatory School, was among “numerous teenagers” outside a residence on Laurel Glen Drive in Shelton, Connecticut, around 11:55 p.m. when officers responded to reports of a fight and a stabbing.

A total of four stabbing victims were located, given medical attention, and sent to the hospital, police said. McGrath was later pronounced dead.

As of 1:30 p.m, no arrests have been made in connection to the case, Shelton police Lt. Robert Kozlowsky told Fox News Digital by email, without answering questions about the conditions of the three other individuals who suffered stab wounds in the incident or whether any of them will face charges.

The Stamford Advocate reported that the fight did not occur outside McGrath’s home. A neighbor told WABC that the fight happened outside a home throwing a party involving alcohol. A nurse who lived in the neighborhood reportedly attempted to provide medical assistance until EMS arrive at the scene.

Detectives responded and took over the investigation with assistance from the patrol division and the Milford State’s Attorney’s Office, police said. The investigation remains active and ongoing.

Anyone with information or videos of the incident is asked to call Shelton Police Detective Bureau at 203-924-1544.

McGrath was a member of the Fairfield College Preparatory School football and lacrosse teams.

More than 1,000 people gathered at a prayer service on campus that was followed by a Monday memorial service where school President Christian Cashman addressed students and staff, the school said.

I offer once again Prep’s loving condolence and embrace of the McGrath family,” he said. “May the Spirit of healing peace and love enfold them, and may we be instruments of peace and healing in the days ahead.

May God bless Jimmy McGrath, Class of 2023, forever a Man for Others, forever a Son of Fairfield Prep

Air France-KLM plane returns to Beijing after smoke in cabin