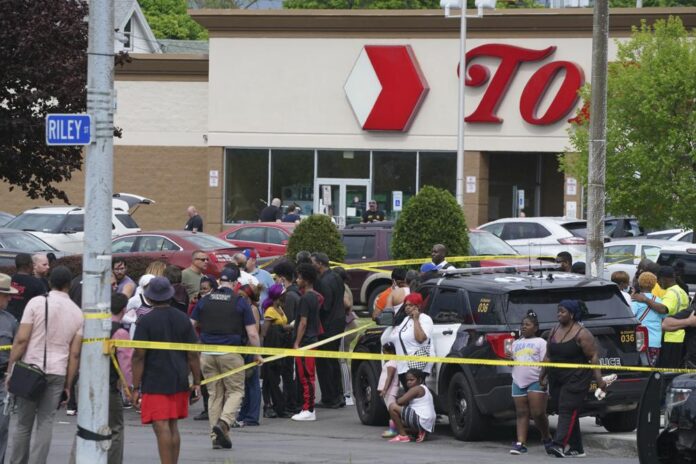 Ten people have been killed in a shooting at a supermarket in New York state, US media report.

Police are at the scene in the city of Buffalo and say a suspect has been taken into custody.

Officers believe the gunman entered the supermarket on afternoon before opening fire with a high-powered rifle, the Associated Press reports.

Multiple people were shot in the incident, police said, without giving further details.

But unnamed law enforcement officials told several media outlets, including the BBC’s US partner CBS News, that at least nine people had been killed.

Police are expected to give an update in a news conference later.

Speaking to CBS, a police source said the detained suspect was a white male who allegedly shouted racial slurs during the attack.

The Buffalo News, meanwhile, reported that the suspect wore a camera and body armour as well as a “military grade helmet”.

It said police were investigating whether the suspect livestreamed the attack.

New York Governor Kathy Hochul said she was monitoring the situation and urged residents to avoid the area.