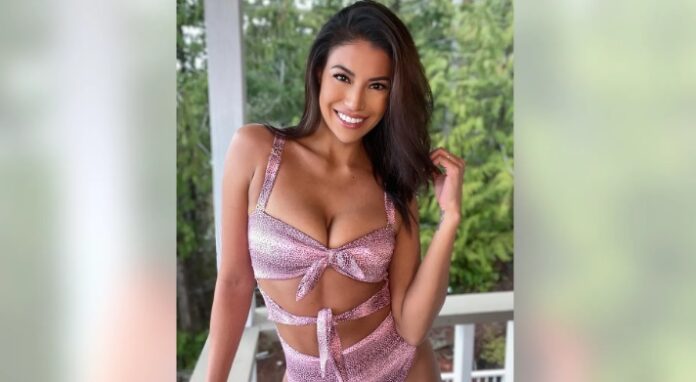 Ashley Callingbull is breaking barriers one camera flash at a time.

The model from the Enoch Cree Nation in the province of Alberta, Canada, is making history as the first Indigenous First Nations woman to appear in Sports Illustrated Swimsuit. The magazine hits newsstands.

The 32-year-old, a finalist for this year’s SI Swim Search, was chosen among thousands of submissions to be flown to the Dominican Republic and photographed by acclaimed photographer Yu Tsai. The winner of the annual casting call will become a rookie in the 2023 issue.

The motivational speaker and pageant queen spoke to Fox News Digital about why she tried out this year, how she overcame personal insecurities and what this honor means to her today.

Fox News: What compelled you to try for the SI Swim Search?

Ashley Callingbull: I saw that SI created a Swim Service network, where women can join and have different discussions. It was all about female empowerment, and that really encouraged me to get involved. And, the truth is, I felt ready. I was ready for this. I wanted to do it last year, but life became so busy. But this time, I knew I had to do it. I knew thousands of women were going to try it, but I couldn’t miss my chance.

Fox News: What was it like getting the call?

Callingbull: It was six in the morning. I was still in bed. I couldn’t tell if I was still dreaming or half awake. I was told, “Are you ready to go to the Dominican Republic?” I was crying. I rolled over and hugged my husband. I was so happy that I couldn’t go back to sleep *laughs*. I was just so excited.

Fox News: Did you follow the magazine before you tried out?

Callingbull: The first time I’ve ever seen Sports Illustrated was back in the ‘90s. It was the supermodel era. I remember I saw Tyra Banks. It was so rare to see a woman of color on the cover of a magazine. It made me feel safe. I thought, “Maybe someday I can break barriers in my own way. If she can do it, I can do it.” It’s so much more than just seeing a face. Representation matters.

As a woman, I want my voice to be heard. I wanted to break down those stereotypes of Indigenous people. I want our people to feel that they belong wherever they want to go. My whole life, I’ve heard racist terms. I’ve been told my skin isn’t beautiful, my culture isn’t beautiful. I didn’t feel like I fit in anywhere.

I was an insecure girl from the reserve. I never dared to have dreams because I didn’t see anyone out there who looked like me chasing those dreams. Now, I’m in a position where I can open the door for other Indigenous women to walk into this space comfortably. It’s just crazy to think that that insecure girl is a strong, empowered woman who’s comfortable in the skin that she’s in. I feel beautiful, and I want to help other women to feel the same.

Fox News: Was there ever a moment where you felt insecure because you didn’t feel like you fit into the so-called standards of beauty?

Callingbull: Of course, I was actually on a national stage for a pageant. Now, in 2010, I was the only Indigenous woman competing. A media outlet decided to make a joke about it. I remember they wrote, “An Indigenous woman is competing. I wonder what she’s going to do for her talent. Is she going to sign welfare checks with her toes or chug Lysol?”

Now, this wouldn’t fly today. But for some reason that was OK to write in 2010. People associated me with that stereotype, and it was so amplified because I am so proud to be Indigenous. I was wearing my regalia. I didn’t change for anybody at this pageant. I remember only my mom could afford to go to the pageant because it was so expensive. I made it to the top five. I’m standing here in my traditional regalia. I looked at the women next to me, and they were all wearing typical evening gowns. For a moment there, I felt so alone.

I then started hearing a woman singing our traditional song. I thought I was going crazy. And I realized that Indigenous people came to support me. My people came to support me. And that blew a fire within me. It lifted me up. And I knew, at that moment, I was going to belong, regardless of the barriers I have to go through. Even though I would have to fight even harder just to be in this space. I wasn’t going to change for anyone.

Fox News: You’re making history as the magazine’s first Indigenous model. What does that mean to you?

Callingbull: It’s such an honor. Not only has it changed my life, but it can change other people’s lives. I’m so happy. My heart feels happy. It feels like it’s smiling. That’s how this honor makes me feel.

Fox News: What was it like to finally do the shoot?

Callingbull: That was the moment when it finally hit me. It was real. I couldn’t believe I was on set … I was just soaking in every moment of it. And once the shoot began, I was just so excited. I felt so confident — more confident than I’ve ever been in my entire life. It gave me this fuel that I can make bigger changes and do more things.

My whole life I felt judged. I want to use this platform to amplify my voice, celebrate who I am, and uplift others who look like me. It’s a moment of celebration. I remember [photographer] Yu Tsai was so encouraging. This is someone who has shot all the supermodels of SI. And yet he was so welcoming and kind. I knew I belonged and that felt good.

Fox News: How did you physically prepare for your shoot?

Callingbull: You know, during the beginning of the pandemic, I started to feel lost. All my work had to turn virtual and so much of what I do revolves around traveling and working with youth. But for Indigenous people, we believe movement is medicine. I wanted to feel better, so I started working out. I would go running with my dog, and it made me feel healthy again.

I’m also a jingle dress dancer. Being out in nature made me feel free. It’s my connection to the land, being outside. So, before I even did SI, I wanted to work on my strength training and be in the healthiest shape possible, so I can feel good. And I’m always preparing to jingle in the summer. By the time SI came along, running had become my routine … I simply wanted to be the best version of myself. And SI just wants you to feel comfortable and confident as you are. I still snack a lot *laughs*.

But strength training and running are part of my journey. One of the biggest reasons I started working out was for my mental health. I had no motivation. Running with my dog and just stretching outside cleared my head. And when I’m mentally strong, I feel like I can conquer anything. Working on my physical was so important to help my mental and spiritual [health]. Even if I accomplish a small little workout, I feel like I accomplished something. And from there, I feel ready to accomplish anything. It was about bettering myself. And that was my true motivation.

Fox News: What’s one message you hope women and young girls will get when they see your photo in SI for the very first time?

Callingbull: I want all women to love and appreciate themselves for the way they were created. I want them to live fearlessly and never let fear stop them from chasing their dreams, no matter how big or small. I was a little insecure girl who didn’t dare to dream. But I am now a strong, resilient woman. I hope my image will let others know they’re not alone.

Back of the line: Charity only goes so far in world vaccines