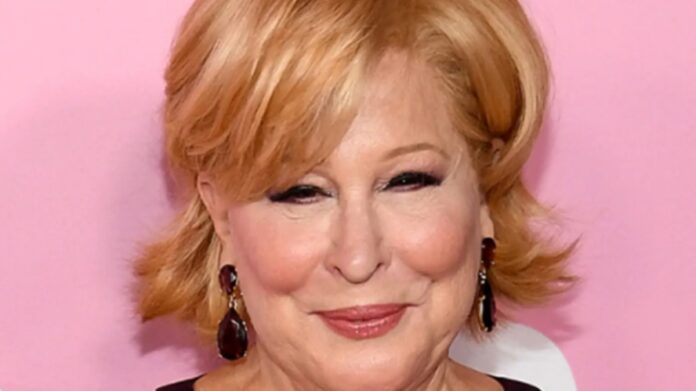 Bette Midler is taking heat for her own “Let them eat cake” moment. On Twitter the Hocus Pocus actress offered her own magical solution to the nationwide baby formula shortage, tweeting that everyone could just ‘try breastfeeding.’

Midler was quickly slammed by Twitter users, many from the left, who claimed to be “disappointed” in her “insensitively obtuse” post.

The actress responded to the tweet, writing, “TRY BREASTFEEEDING! It’s free and available on demand,” as if nobody had thought of that.

Actor Matthew Marsden recognized the foolishness in Midler’s tweet and distanced himself from her as a fellow actor. “Not all actors are like this, I promise,” he tweeted.

“Bad take,” independent left-wing journalist Tara Haelle responded. “I breastfed my oldest til age 4. It was NOT free. I was v privileged to be able to do it. It was also hard as hell & involved a lot of work, sacrifices & difficulties.”

Haelle added, “Formula would have been far easier & possibly cheaper. My 2nd was 50/50 bc milk wasn’t enough for him.”

Mother Jones editor-in-chief Clara Jeffery really stung Midler with her response. She tweeted, “Extremely, profoundly even, disappointed that you’re taking this line. Yes, the monopolies are real and @Nestle in particular has had evil practices. But that doesn’t mean that breast-only (or even at all) is doable for many many women.”

Last Week Tonight executive producer Tim Carvell made a compelling critique from the left on Midler’s post, tweeting, “Imagine having a large gay fanbase, many of whom are raising kids in two-dad households, and thinking this is a good suggestion.”

“Bette, respectfully, this is a very bad take,” wrote Ilyse Hogue, the former head of pro-abortion group NARAL. She added, “I had twins. I didn’t produce enough milk for both. Without formula, I would have had to have chosen which one got to eat. To say nothing of kids that get separated from the birth mothers very young.”

Gun-control activist Amber Gustafson tweeted, “Please don’t say this. There are a 1,000 reasons why this isn’t possible for all moms and babies. Please use your platform for advocacy on behalf of moms & babies. Not for icky messages like this.”

And radio host Annie Frey posted a photo of her infant daughter to Twitter and told Midler that she has been unable to breastfeed her. “Dear @BetteMidler, meet 9mo old Molly. I cannot start breastfeeding her now. I tried breastfeeding all of my children. Always had to supplement. I did everything I could. It wasnt enough. Please don’t be this insensitively obtuse about an incredibly frightening thing for parents.”

Girl, 11, raped by her grandmother’s boyfriend, 65, and she gave birth