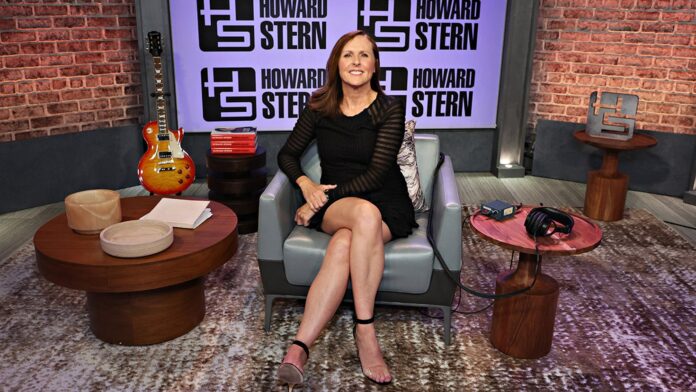 Molly Shannon has alleged she was sexually harassed by “Diff’rent Strokes” actor Gary Coleman years ago
Shannon, 57, recently appeared on “The Howard Stern Show,” where she opened up about an encounter with Coleman that took place at the Plaza Hotel in 1987. The incident is also something she details in her new book, “Hello, Molly!”

Speaking of the encounter, Shannon said she and Coleman shared the same agent, Mark Randall. The three met for tea at the Plaza and while there, Shannon confirmed Coleman invited her up to his hotel suite. She said she was thinking nothing of it.

“And I was a virgin so I wasn’t even thinking about that,” Shannon said. “He held my hand I was like, ‘He’s so cute!’ He had his suit on. He told me I reminded him of Kimberly from ‘Diff’rent Strokes.’ And Mark came up with us too, and they had the presidential suite, and we went into the room and Mark disappeared.”
From there, Coleman playfully asked Shannon to sit down on a bed.

“I think he was like, ‘sit down!’ [makes patting motion] It was very sweet. Then he’s like tickling me a little and things like that. I was like, ‘Gary, stop!’ I was trying to be polite and stop. I’m a polite Catholic girl and a virgin. I’m naive about anything about that!” she said.

Stern continues to recount details Shannon writes in the book, such as Coleman grabbing her ankles and “bouncing on the bed trying to land on top of you.”

Shannon said Coleman was “relentless” in “trying to kiss me and get on top of me.”

I was like, ‘Gary, stop!’ I guess because of his size I didn’t feel physically threatened,” Shannon continued of the actor, who was 4 feet and 8 inches tall.
The “Superstar” actress said she continued to throw Coleman off of her as he continued to bounce back on the bed, but was finally able to get him off her

It was athletic and aerobic,” she said of attempting to get Coleman off of her. “I finally get him off, and I go to the bathroom, and he grabs onto the leg. I kick him off, and then I go lock myself in the bathroom, and then he sticks his hands under the door, and he’s like, ‘I can see you,'” Shannon claimed
Shannon said she then “sprinted out.” She told Randall he should “watch” Coleman more.
Looking back, the “Saturday Night Live” alum said she wishes she stuck up for herself more.
Coleman was a popular star at the time, having played Arnold Jackson on “Diff’rent Strokes” for eight years from 1978 to 1986.

His skeptical “Whatchu talkin’ ’bout?” – usually aimed at his brother, Willis – became a catchphrase
The former child TV star died in 2010 after doctors took him off life support. He had slipped into a coma after suffering an intracranial hemorrhage at his home. He was 42.
Coleman had continuing ill health from a kidney disease he suffered as a child. He had at least two kidney transplants and had ongoing dialysis.

A man raped 100 y grandmother in her home