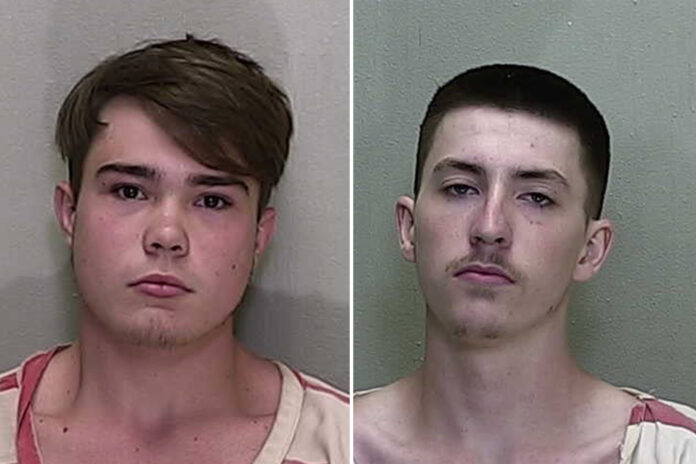 A Florida teen was killed and two of his pals were arrested after taking turns shooting live rounds at each other while wearing armored vests, police said.
Christopher Broad, 16, was found suffering from at least one gunshot wound inside a home in Belleview on Sunday. He was rushed to a local hospital where he died from the injuries, cops said.
An ensuing probe revealed that Broad and another boy, Joshua Vining, 17, were taking turns “shooting each other while wearing a vest which contained a form of body armor,” the Belleview Police Department said in a statement.
A third teen, Colton Whitler, was present at the time of the tragedy and allegedly gave officers a false account of what took place, authorities said.
“Vining shot at Broad while he was wearing the vest and he was struck,” the statement stated.
Vining and Whitler were arrested in connection with Broad’s death and will be charged as adults, cops said
Vining is being hit with aggravated manslaughter of a child by a firearm while Whitler is charged with providing false information to law enforcement.

U.S. confident Americans left behind in Afghanistan will be evacuated