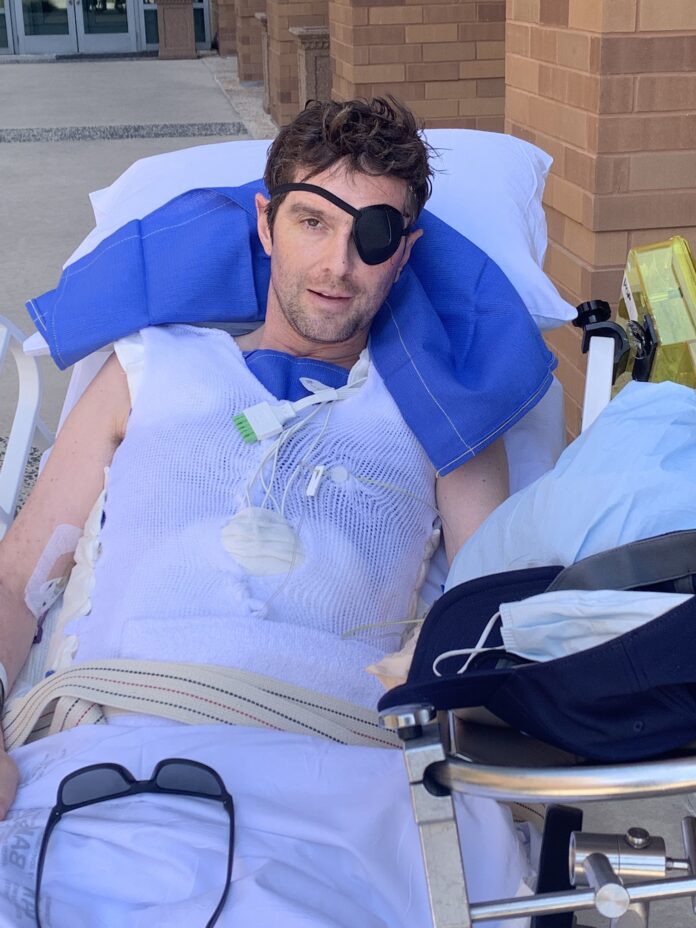 Fox News State Department correspondent Benjamin Hall provided a health update following the horrific attack in Ukraine that left two colleagues dead.
Hall was rescued from the war zone last month and flown to a hospital in Germany. He was later transferred to a premier military medical facility in Texas where he has undergone multiple surgeries.
“To sum it up, I’ve lost half a leg on one side and a foot on the other. One hand is being put together, one eye is no longer working, and my hearing is pretty blown… but all in all I feel pretty damn lucky to be here – and it is the people who got me here who are amazing!” Hall tweeted Thursday evening, sharing an image of himself from the hospital
Hall also honored veteran Fox News cameraman Pierre Zakrzewski and Ukrainian journalist Oleksandra “Sasha” Kuvshinova. Both were killed in the attack.
“I need to pay tribute to my colleagues Pierre and Sasha who didn’t make it that day. Pierre and I traveled the world together, working was his joy and his joy was infectious. RIP,” Hall wrote, sharing a photo of Pierre as well as a video of an on-air tribute to Sasha.
Kuvshinova was 24 years old and serving as a consultant, helping crews navigate Kyiv and the surrounding area while gathering information and speaking to sources.
Zakrzewski, a Fox News legend who covered nearly every international story during a storied tenure, was only 55 years old. Last year, he played a key role in getting Afghan freelance associates and their families out of the country after the U.S. withdrawal. In December, Zakrzewski was awarded the “Unsung Hero” award during the FOX News Media Spotlight Awards.
A funeral service for Zakrzewski was held last week in Ireland.

Debris falls from plane during emergency landing near Denver

Biden turns to Colorado to pitch investments in clean energy

A teenager was killed in a suburban shooting, and a 77-year-old woman was injured...