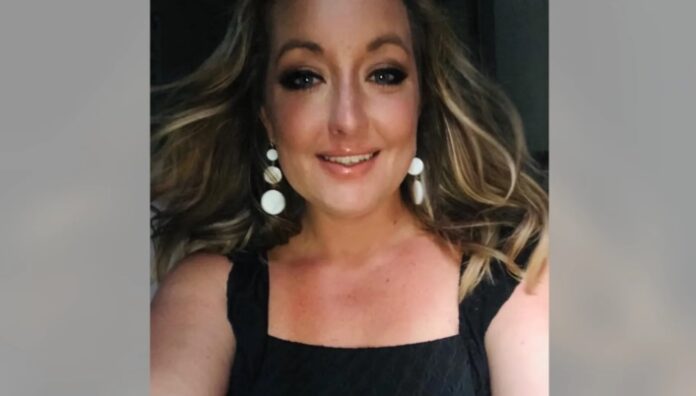 Police in Florida say the ex-boyfriend of missing mom Cassie Carli has been arrested in Tennessee.

“Marcus Spanevelo is currently in custody,” the Santa Rosa County Florida Sheriff’s Office said in a Facebook post. “”He was arrested by the Tennessee Bureau of Investigations and the Tennessee Highway Patrol in Lebanon Tennessee where he is being held on the following charges:, Tampering with Evidence, Giving False Information Concerning a Missing Persons Investigation, Destruction of Evidence.”

The statement said Spanevelo was arrested based on a warrant from the department’s major crimes unit that was signed by a judge.

“Currently, this case remains an active investigation,” the statement added. “We are cautious as to the information being released due to the sensitivity of this case. Search efforts for Cassi Carli remain underway. The mutual child is still safe.”

Police tell Fox News Digital that Spanevelo was arrested around 10 a.m. local time in Lebanon, Tennessee, and that a press conference will take place early next week.

Carli was last seen on Sunday evening, while meeting Spanevelo, her daughter’s father, in the parking lot of a beachside restaurant not far from her home in Navarre. Investigators later recovered her vehicle, with her purse inside, and confirmed the couple’s 4-year-old daughter was safe. But Carli remains missing, and loved ones, community members and police are still desperately searching.

On Thursday, Johnson said investigators located Spanevelo more than four hours and over 260 miles away in Birmingham, Alabama, where they questioned him and were able to check in on the couple’s daughter. Spanevelo did not respond to Fox News Digital’s multiple requests seeking comment and information prior to his arrest.

Officials would not comment when asked how investigators tracked Spanevelo to Tennessee and would not provide details regarding the circumstances of the charges.

Cassie’s younger sister, Raeann Carli – who previously told Fox News Digital that Cassie felt “extremely” unsafe around Spanevelo – further explained on Friday that her sister had previously warned them about the man.

“Just in general, with her relationship with him, it has always been, she has had some fear of him,” Carli’s younger sister, Raeann Carli, said. “He’s always controlling, and tried to be manipulative, and she had some fear of him in the past. And what he’s capable of, or planning maliciously towards her.”

She added: “We always had a red flag on him. Always. And her, as well. She wanted to remind us, ‘[If] something happened to me, it’s him.’”

Raeann said Cassie always kept close contact with their father, whom she lived with, and the rest of the family, and was “never one to just disappear.” But on Sunday evening, she told her dad she was running out to pick up her four-year-old daughter, Saylor, from the child’s father’s custody and never returned, Carli said during a phone call with Fox News Digital.

She previously said Cassie usually tried to meet Spanevelo at public locations – typically a Walmart parking lot – but that he had recently been changing the meet-up spots.

Before she left for Juana’s on Sunday, she poked her head into her father’s bedroom at the home they share.

When it came time to pick Saylor up, my dad was in his room about to rest and she just kind of popped in, ‘Hey, dad, I’ll be right back. I’m just running to grab Saylor,’” Raeann said.  “She walked out the door like she would be right back.”

Cassie’s father then went to sleep, but awoke hours later to discover his daughter had not yet returned.

“Cassie,I’m trying to call you.What’s going on?” he wrote, in a series of text messages provided to Fox News Digital. His first message was sent at 9:40 p.m. Sunday. He then sent a second message that stated: “I’m freaking out case call me as soon as you get this message.”

A response came shortly thereafter, and stated: “I’m sorry, car was acting up, and I broke my phone. Marcus is working on it. I will stay at his place tonight. He is paying me some money to do some stuff around his house.”

A later message from Cassie’s phone stated, “Let me see if he can get this fixed and I’ll call you.” Cassie’s father then went to sleep for the night. After hearing nothing from his daughter the next morning, he contacted Spanevelo, and then the sheriff’s office.

The family is now doubting that those messages even came from Cassie, with Raeann explaining that the messages are “not how Cassie would talk or speak.”

“We totally do not believe that was Cassie responding in those messages,” Carli said. “She would never, ever take up any offers from him like that – to stay with him or help him or anything, first of all, without telling us or considering with us. So, that’s not like her at all.”

When asked by Fox News Digital if investigators are any closer to finding Cassie with this arrest, Sgt. Rich Aloy of the Santa Rosa County Sheriff’s Office responded; “I hope so, I really do.”

Carli’s family says they will continue searching for her at 10 a.m. on Sunday morning.

“Our family is relieved to know that Marcus is in custody and we are hoping this brings us more answers into Cassie’s disappearance,” Raeann Carli told Fox News Digital. “We are walking into tomorrow (sic) search full of hope!”

Carli created a GoFundMe page to bolster the family’s efforts to find Cassie. As of Saturday afternoon, the page had garnered over $6,300 of its $15,000 goal.

5 in van killed in tractor-trailer crash in Ohio