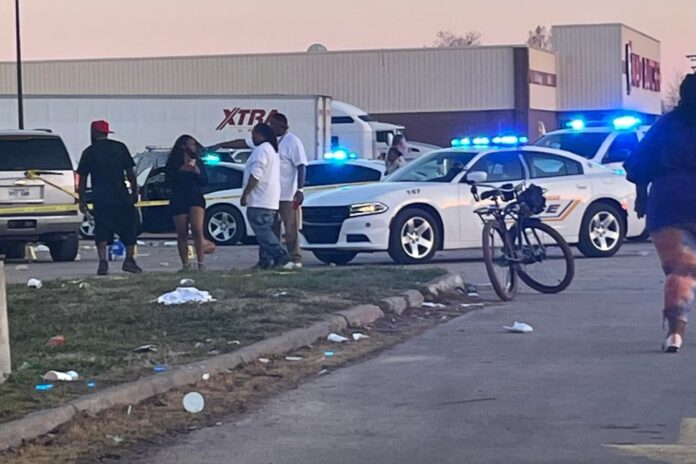 One person was killed and 20 people were wounded by gunfire – including multiple children– in an apparent mass shooting at a car show in Arkansas at night, police confirmed.
Dumas Police Chief Keith Finch told reporters Saturday night that one person of interest is in custody as his department investigates the possibility of multiple shooters involved.
He confirmed that multiple children were injured in the shooting, but was told that they are doing okay.
Several victims were transported to local hospitals in McGehee and Dumas, with one child being transported to the Arkansas Children’s Hospital. At least two victims have been airlifted from the parking lot, the Desha County Office of Emergency
Police have not yet released any information on any potential suspects nor the details of how the shooting unfolded.
Car show organizer Wallace McGehee said that the event had been a fun, nonviolent affair for 16 years before Saturday’s deadly shooting.
“We don’t really know what happened but we just want to send our prayers to all of our friends in this community. We’re here with yall,” he said
“This has never happened to us at our event ever. For something like this to happen it’s a tragedy… We did this here for 16 years without a problem.
“We want our community to come back and be strong. We’re going to get through this,” he said.
An ASP official told The Post the department does not anticipate releasing any further information until later Sunday morning
Dumas is a small town of about 3,900 people located roughly 90 miles southeast of Little Rock, Arkansas.

Two men are killed in a lightweight plane crash near Evansville