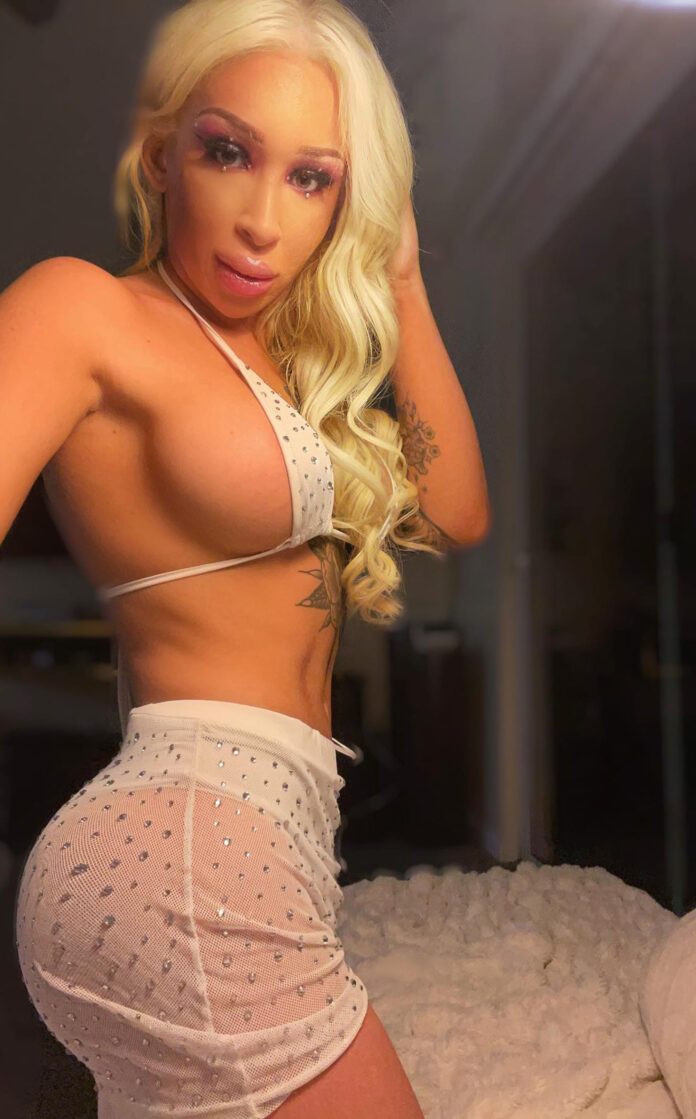 Police reportedly found the body of the entertainer — whose real name was Francesca Elizabeth — in her Las Vegas home while responding to calls saying that she hadn’t been seen or heard from in five days, AVN reported. There apparently were no signs of foul play or violence at her house at the time.

The Clark County Medical Examiner hasn’t disclosed further details regarding Please’s time of death or autopsy results as the case is still “pending,”

Went to go check up on my friend after she had been missing, only to find out we lost an amazing person. One of my best friends. My neighbor.

The person I would gossip with about everything. She was just 24 years old … RIP baby girl.”

According to Brooks, the Chicago native’s family had possibly reported her missing in the days before her death, according to the Sun. In one of her final social media posts on March 4, Please — who was nominated as Trans Performer of the Year for the 2022 AVN Awards — apologized to her subscribers on OnlyFans over the lack of recent uploads.

“Sorry about the lack of posts!” she wrote on the adult platform. “This has been a busy month with shoots, and on top of it I will be directing a lot of attention to helping my elderly parents find housing close to me! Will be back at full speed soon!”
A GoFundMe page to cover the cost of transporting her body home was since created by Lonnie Montalbano, who purports to be Please’s sibling.
This is something I never imagined having to do for my baby sister,” they wrote in the post, which was titled Help Bring My Sister Home for Burial. “Francesca was loved by so many, so special in a million different ways and showed so much promise.

“It’s just the most awful news to hear,” Steven Grooby, founder of the production company Grooby, told AVN. “Angelina was 24 and in the prime of her life, a popular and professional performer.

“I want to pass on my love and respect to her family and friends,” Grooby continued. “It’s difficult to have the words.”
AVN award winner and director Casey Kisses said she directed Please in a scene for the project “TransAngels” just a few weeks ago.
“Angelina offered to come by early and help us set everything up,” Kisses told AVN. “That’s the type of person she was. She seemed fine that day. She was her normal, cheery self.”
She added that Please was “the highlight of the scene.”

1 killed, 1 wounded in a shooting in the New Castle