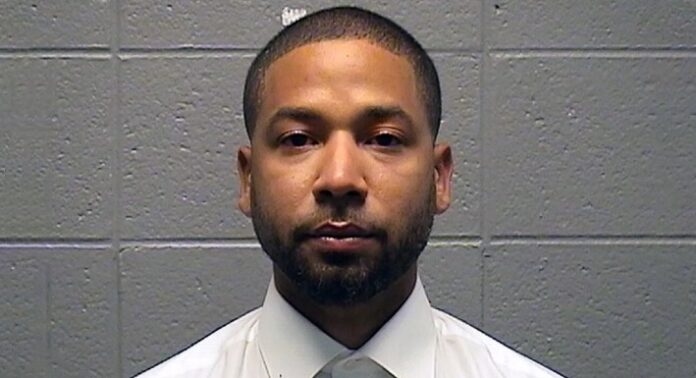 Jussie Smollett has been placed in the psychiatric ward at the Cook County Jail in Chicago, Illinois.

According to Jocqui Smollett, Jussie’s brother, he was moved to the pysch ward due to “being at risk of self-harm”.

Jocqui went on to add in an Instagram video shared that this is “very concerning” to him.

“What’s very concerning is that there was a note attached to his paperwork today saying that he’s at risk of self-harm.”

“I want to make it clear that he is in no way, shape, or form at risk of self-harm. He wants to let folks know that he is very stable, he is very strong, he is very healthy and ready to take on the challenge that… has been put up against him.”

Jocqui warned against the media and others spreading “false information.”

“So please, make sure you all spreading facts.

We really need our people to support us,” he said.

Jussie began a 150-day jail sentence for staging a hate crime against himself in protective custody, separated from other detainees and watched by security cameras and an officer, jail authorities said.

Sheriff’s deputies immediately took Smollett to the Cook County Jail Thursday night after Judge James Linn sentenced the Black and gay actor to 30 months of felony probation, starting with a five-month term in jail, for lying to police that he had been the target of a racist and homophobic attack.

In a statement, the Cook County Sheriff’s Office said Jussie is being held in protective custody, typical for inmates “who may potentially be at risk of harm due to the nature of their charges, their professions or their noteworthy status.”

Jussie was convicted in a December jury trial, where witnesses included two brothers who told jurors Jussie paid them to carry out the attack and gave specific directions on what to do and say.

Trucker killed while walking on interstate